Last Friday's post was meant to be a cathartic waypoint on my journey. A marker in my heart  of where I'd been, pointing forward towards where I need to go. Wordpress scrapped that plan by sending a congratulatory reminder that Friday marked the fifth anniversary of  this blog's existence. I celebrated by crying! The traditional fifth anniversary gift is made of wood, which is fitting, because the notification hit me like a 2x4 to the gut. As I now instinctively do when I'm feeling down, I called to Penny and we headed to the beach.

Last Friday’s post was meant to be a cathartic waypoint on my journey. A marker in my heart  of where I’d been, pointing forward towards where I need to go. WordPress scrapped that plan by sending a congratulatory reminder that Friday marked the fifth anniversary of  this blog’s existence. I celebrated by crying! The traditional fifth anniversary gift is made of wood, which is fitting, because the notification hit me like a 2×4 to the gut. As I now instinctively do when I’m feeling down, I called to Penny and we headed to the beach. Many people have therapy dogs, but at this point I consider Penny my full time therapist. She’s not covered by insurance but her rate is eminately reasonable – two square meals a day, a few treats,  lots of love, and regular trips to the beach. Were it not for Penny I would avoid the dog beach at all costs. Even with Penny it isn’t easy. The beach, once a symbol of joy and love and delight, can now seem a bleak reminder that time grinds us all to dust. The other trouble with taking Penny to the beach alone (see: above photo) is that few dogs are prepared to reckon with Mayhem incarnate. Like any other force of nature, Penny has no malice or ill-intent, but intent matters little to those who end up in the storm’s path. In order to keep the peace (and keep the city of Chicago in one piece) I established two sets of rules early on for my little calamity. With other dogs, Penny must temper herself. Dull her true nature and conform to strict manners. In return, Penny could be her true self with Eko.

Watching Eko and Penny play together was like watching two powerful fronts merge into an awe inspiring  tempest. Teeth flashed like lightning, paws thundered, and tails whipped like the wind. “It looks like they’re trying to kill each other!” some would say. “Quite the opposite. I don’t know how either of them would live without it,” was my standard reply. “I don’t know how I’d live without it, either,” I should have added. For the past six weeks, Penny and I have tried to figure out how to live without it. Who knew that being yourself is sometimes the hardest thing to do? We’ve had plenty of help, but I haven’t truly seen Penny be herself since Eko died. Until last Friday, that is. Shortly after we arrived I spotted a four-legged storm approaching our position. 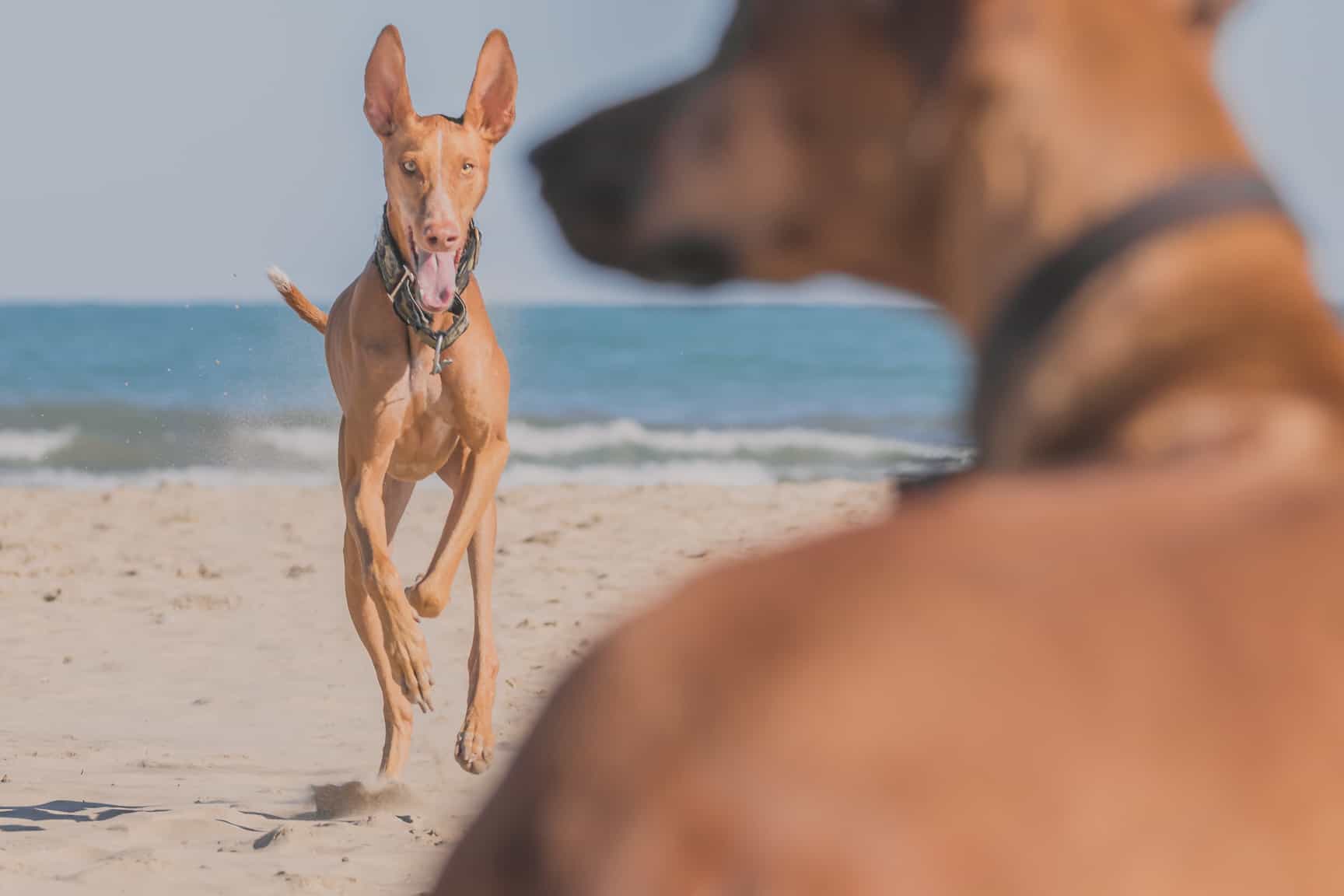 We later learned this storm is a Pharaoh Hound named Cairo. Cairo looked wild and deranged and ready to unleash absolute havoc. In other words, he looked a lot like Penny. 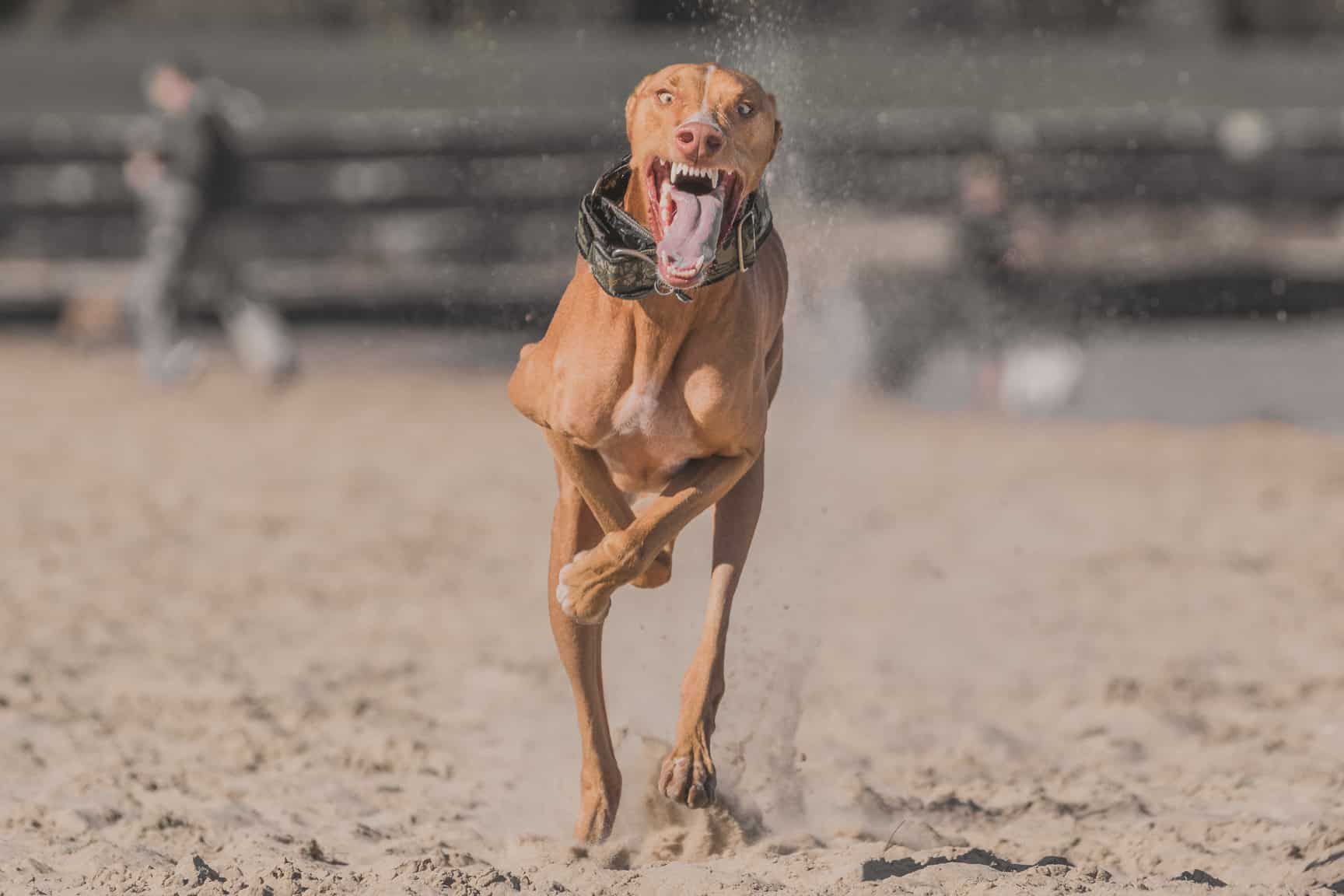 As the lunatic bore down on our position, Cairo’s owner shouted, “Let me know if he’s too much for your dog.” “Nope. Just right!” I replied as Cairo crashed into Penny, who met him in full force. 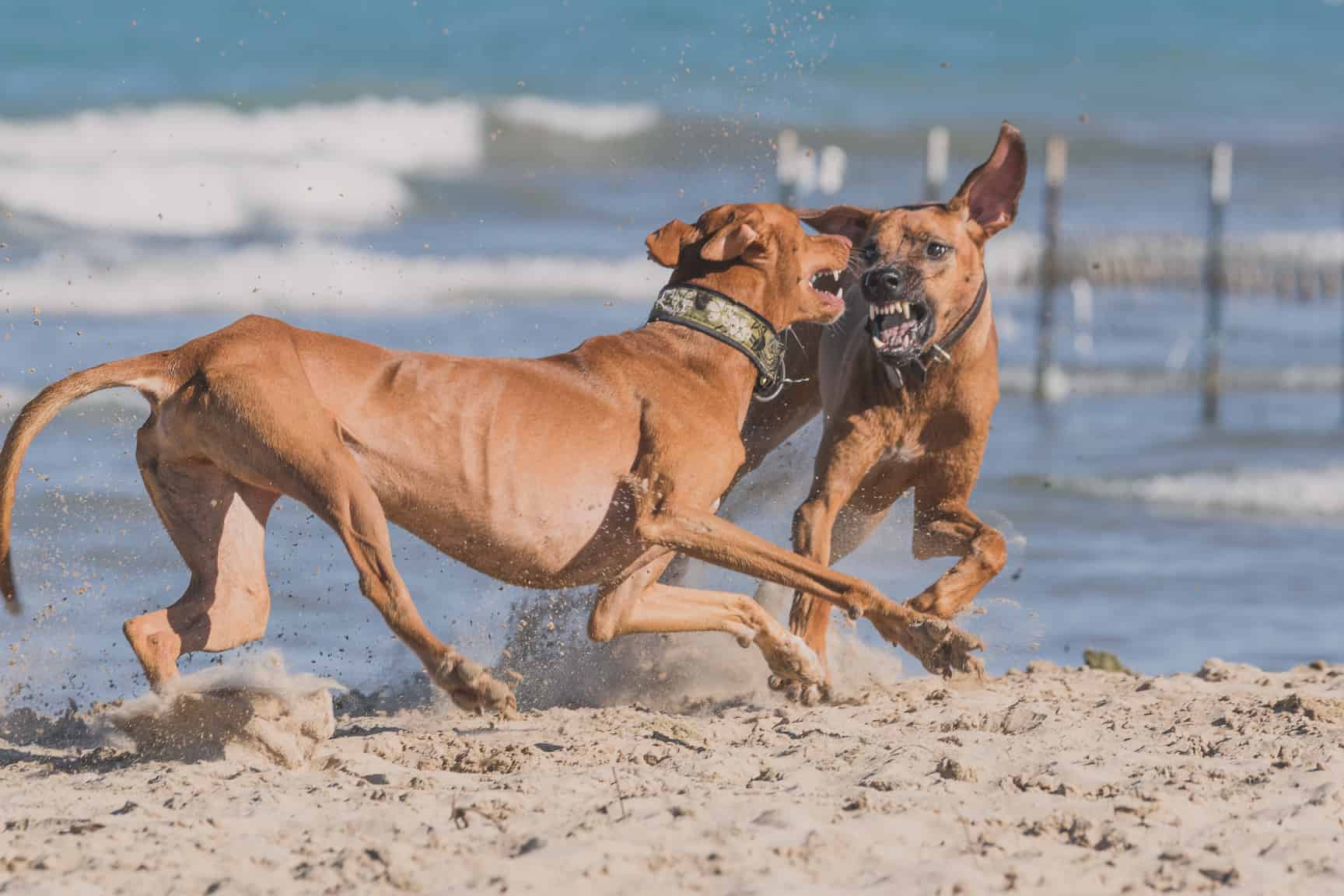 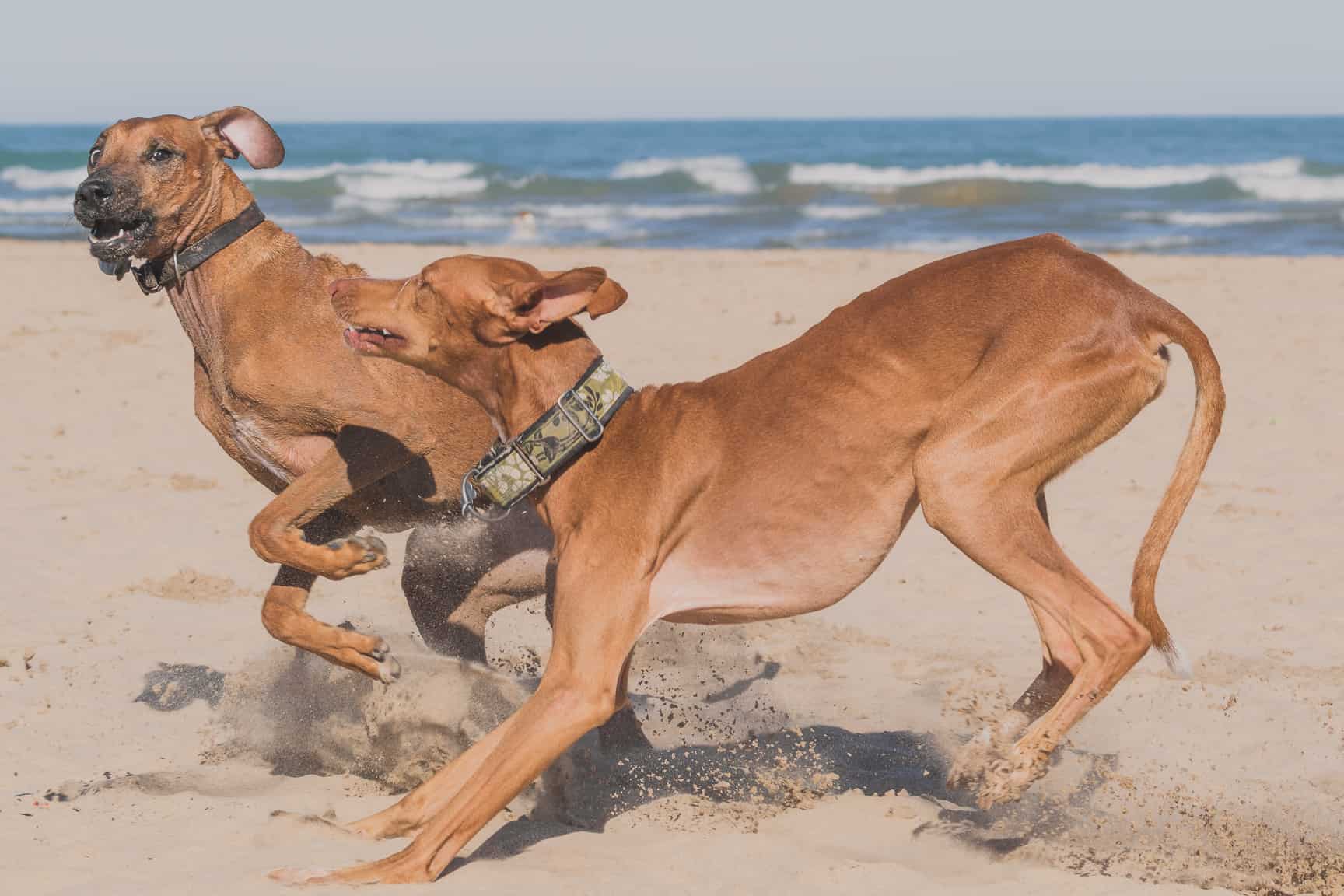 And Penny smiled in delight. 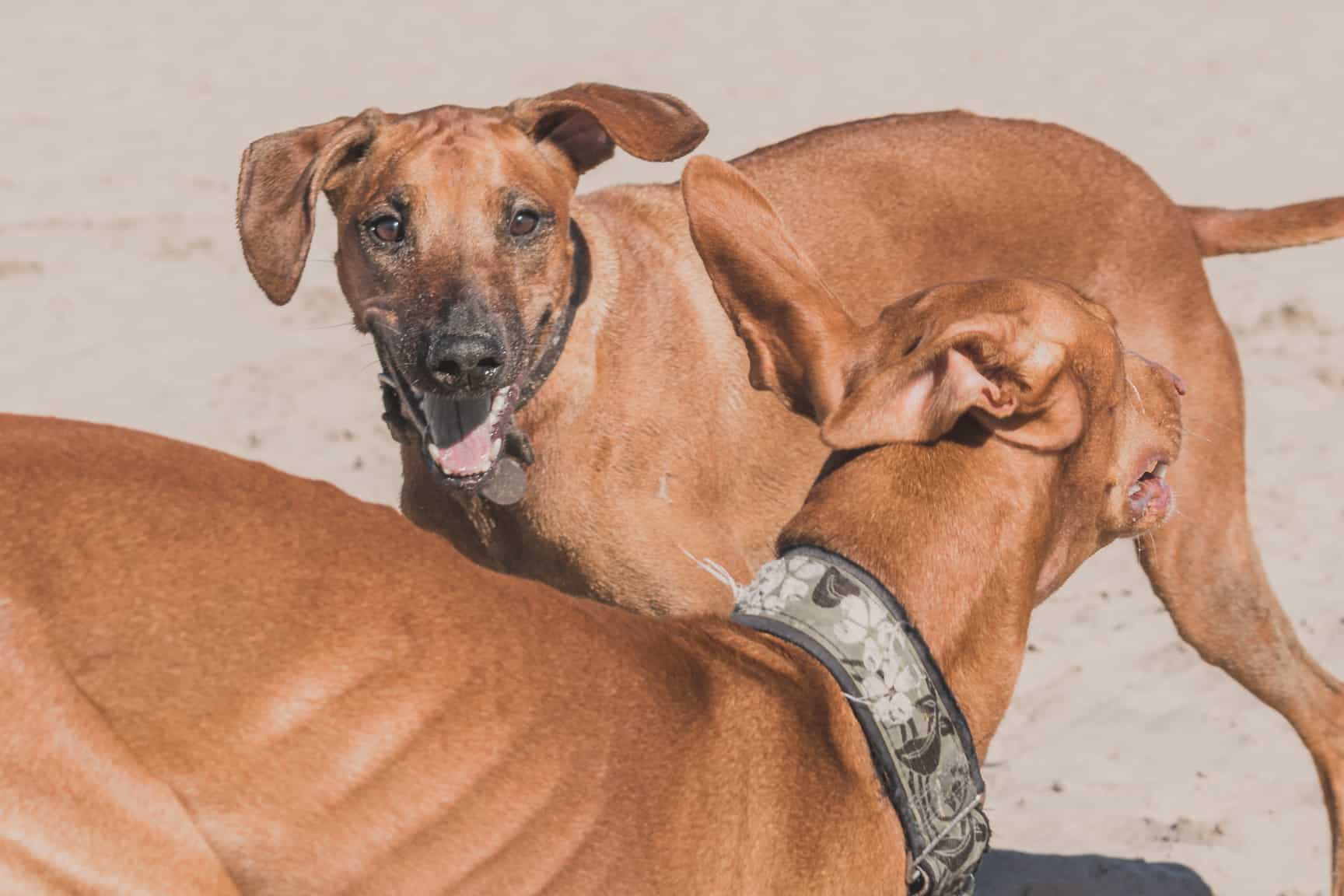 Finally. A worthy adversary. Someone with whom she could be her true self again. 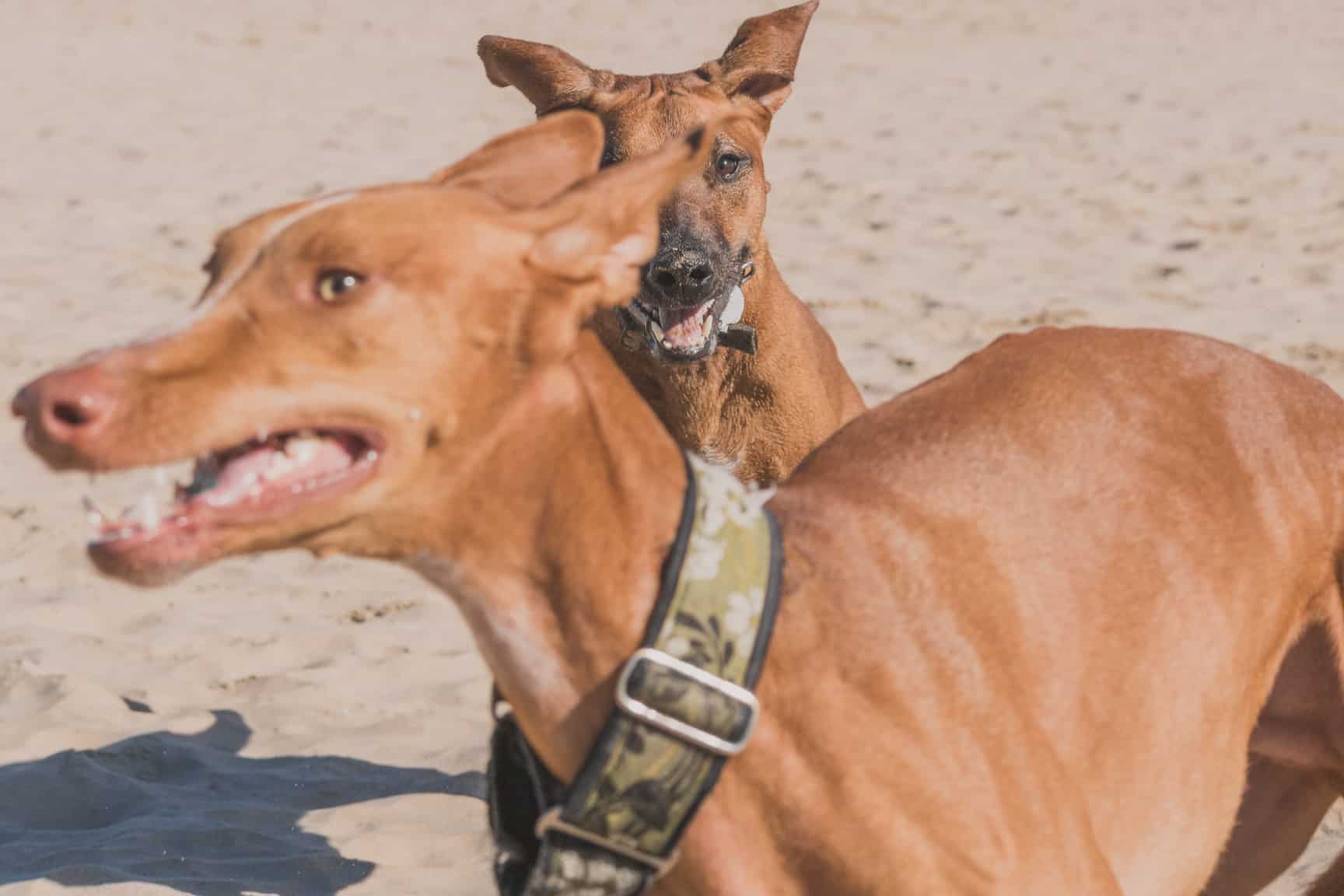 I took a step back – both literally, as to not get knocked over, and figuratively, as I used to do when Eko and Penny would battle. For the better part of an hour Penny and Cairo let loose the full force of their combined exuberance. My camera could barely keep up. 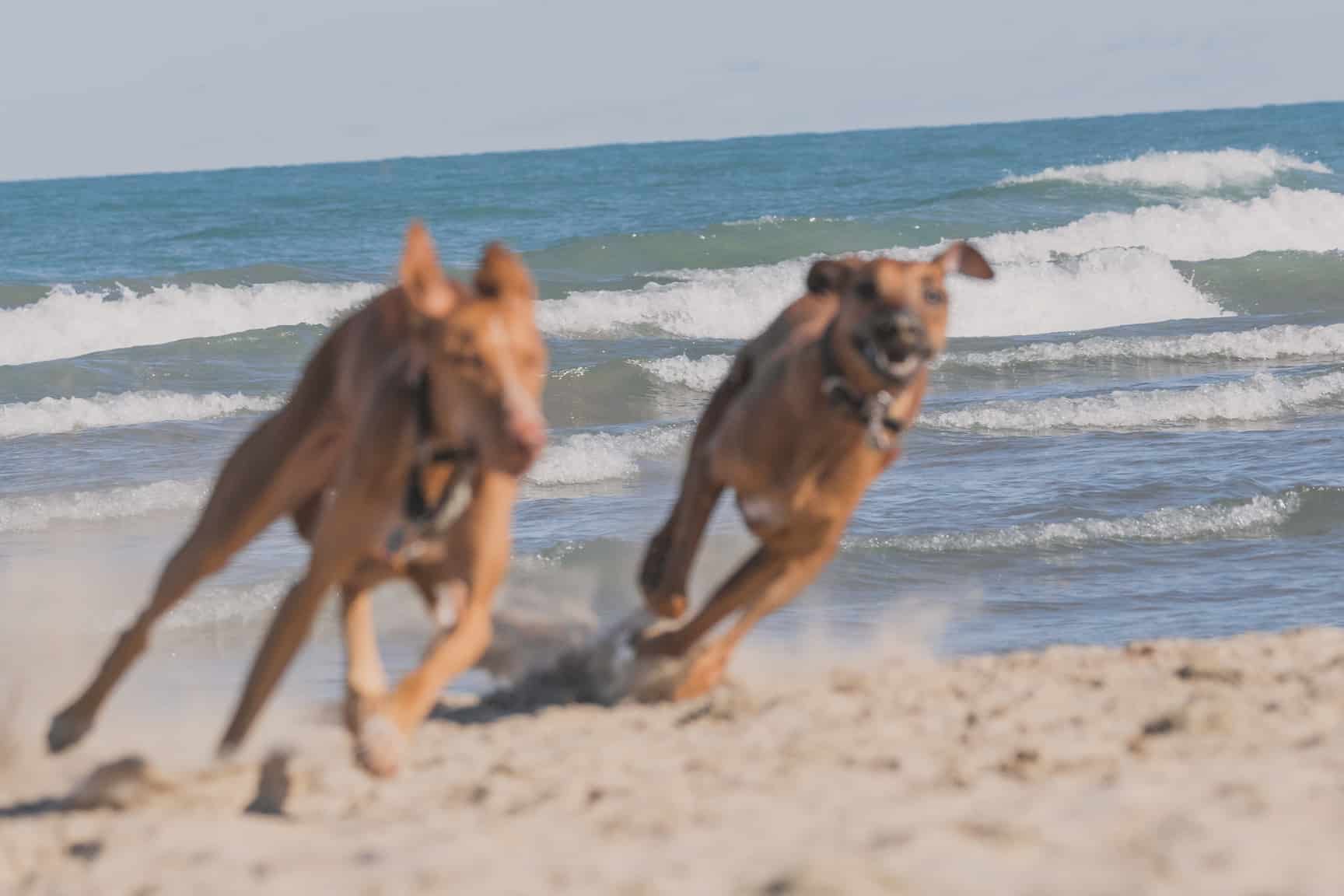 The twin blurs tore across the sand, reminding me why the dog beach is one of my favorite places in the world. Because when your dog runs joyfully and unencumbered she carries your heart with her. 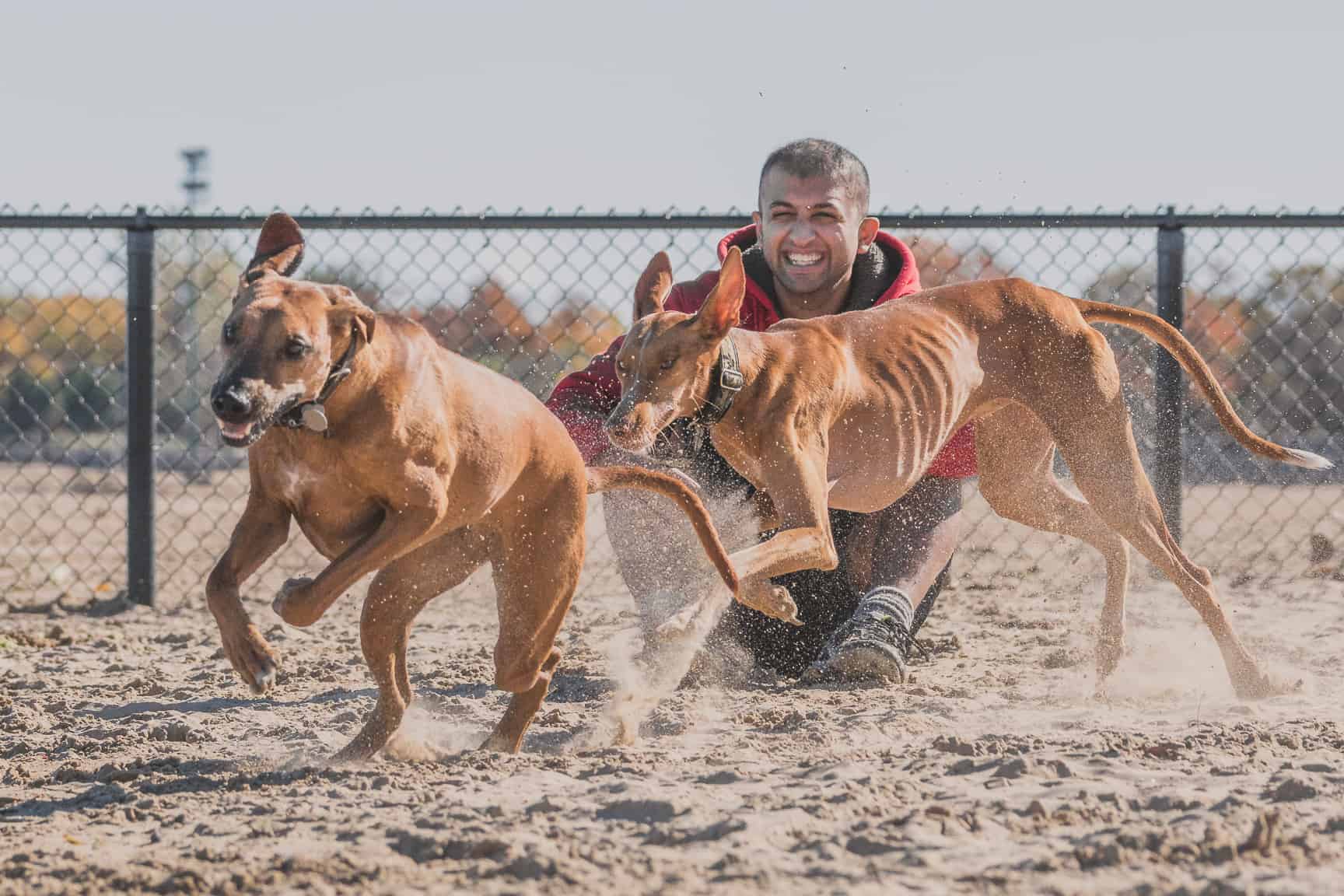 Like Penny, I have not been myself since Eko died. But on Friday, if only for a time, we both rediscovered something we’d lost. So on this fifth anniversary we are like the living wood of a tree – worn and scarred but still reaching towards the sun. I can imagine no better gift than Friday’s reminder of why, even when we are in the shade, we must always grow and stretch to find the light. In the end, it was a happy anniversary indeed!
Previous Post [VIDEO] The End of the Beginning Back to all posts Next Post [VIDEO] Down to My Last Penny