The Case Of The Missing Eko

Dogs, like the rest of us, are creatures of habit.  Within about a week of moving into my apartment, I could already tell where Eko’s favorite spots to relax were. With that in mind, there is a phenomenon all dog owner’s experience that I like to call “Hey…it’s been too

Dogs, like the rest of us, are creatures of habit.  Within about a week of moving into my apartment, I could already tell where Eko’s favorite spots to relax were. With that in mind, there is a phenomenon all dog owner’s experience that I like to call “Hey…it’s been too quiet for too long.”  It normally happens when you’re reading something, or on the computer or otherwise occupied.  In the middle of a sentence your brain will shoot you a message to let you know, “Normally you never have this much time to focus, something’s up.”  A moment later you will think to yourself, “Wait a minute…where’s the dog!?”  Then you call the dog but you don’t hear the familiar padding of feet. In my experience, I’ve found that there are two opposing reasons that this phenomenon occurs.  Reason #1 – your dog is up to no good. 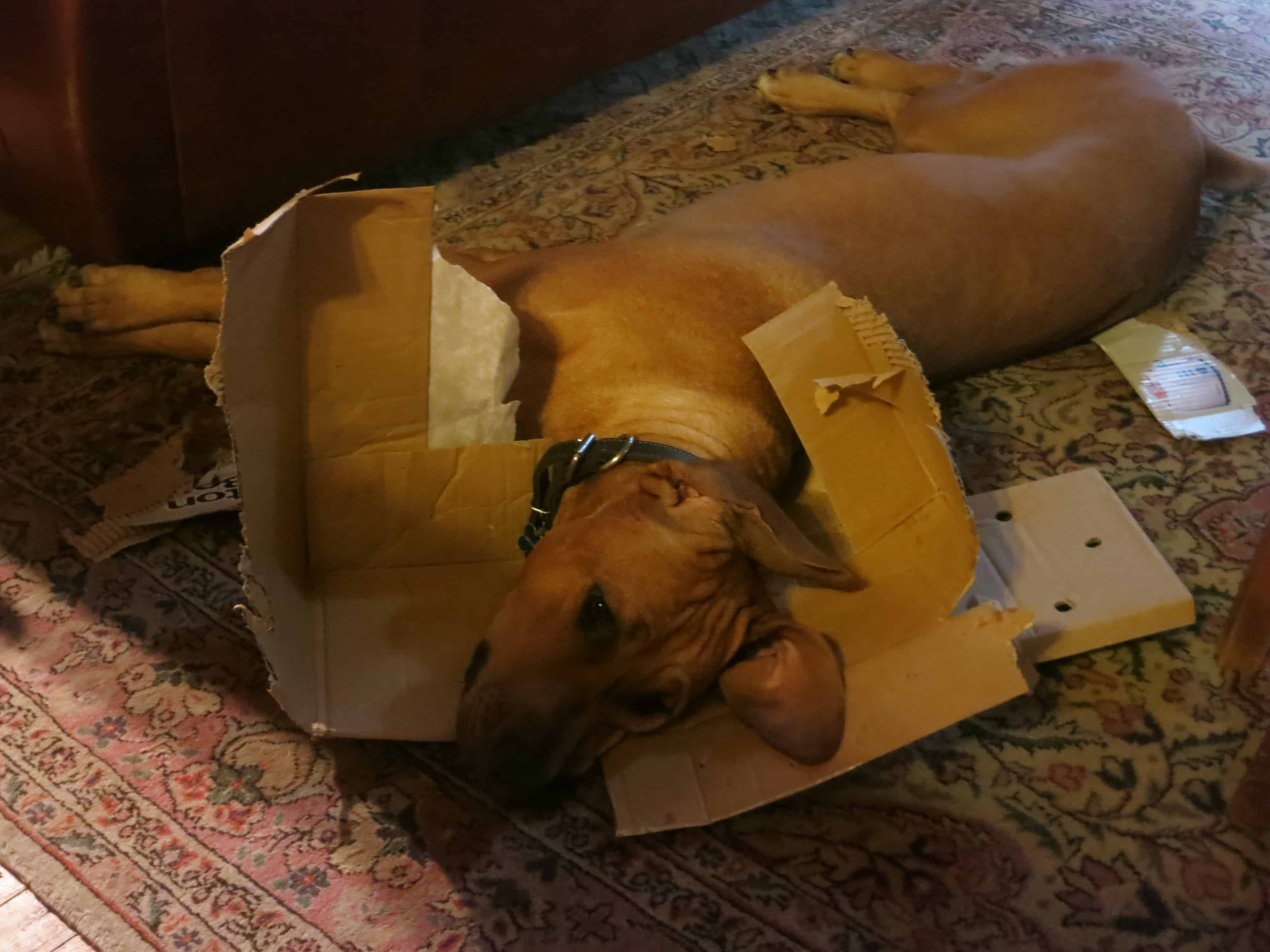 “Will, quick question… you asked me to eat those new shoes for you, right?”

This morning I had that “Where’s Eko?” feeling and I didn’t hear that stomach dropping sound of him tearing anything up.  He didn’t come when I called, and I’ve learned that reason #2 he won’t show up is that he’s in a deep sleep.  I made a quick loop of the apartment to check out in which one of his favorite spots he was dreaming of chasing lions.

I usually find Eko passed out with his legs straight in the air on the couch, but no luck there

I don’t know why Eko loves snoozing on the the stairs, but he does.  Nevertheless, the stairs were clear.

On hot days like today, Eko prefers the hardwood, but there were no signs of a Ridgeback on ground level

My apartment is not that big, so I began to get slightly concerned.  Eko is not exactly a little dog, where could he have gone?  That’s when a gust of wind fluttered the curtains and I saw a familiar outline… 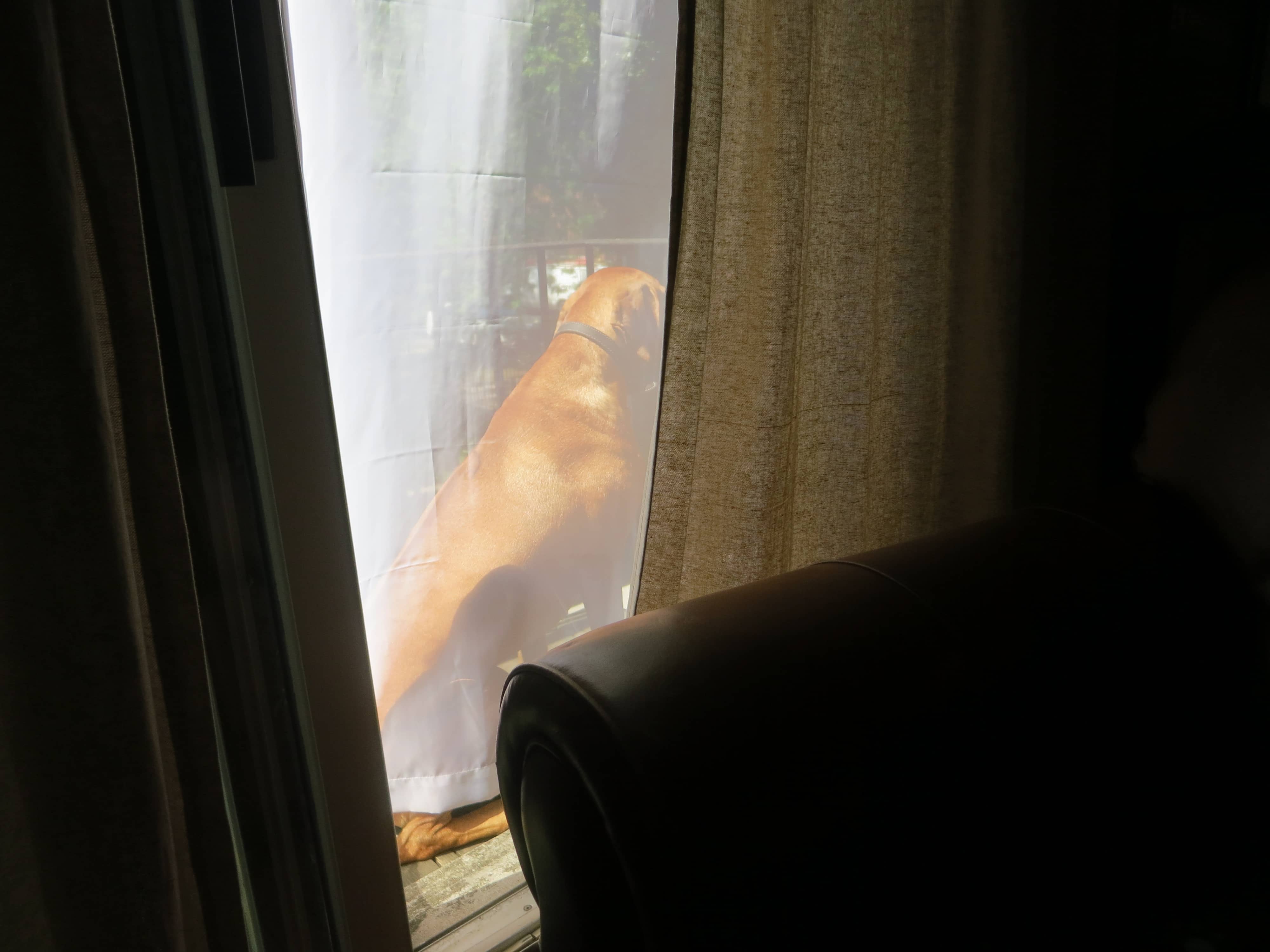 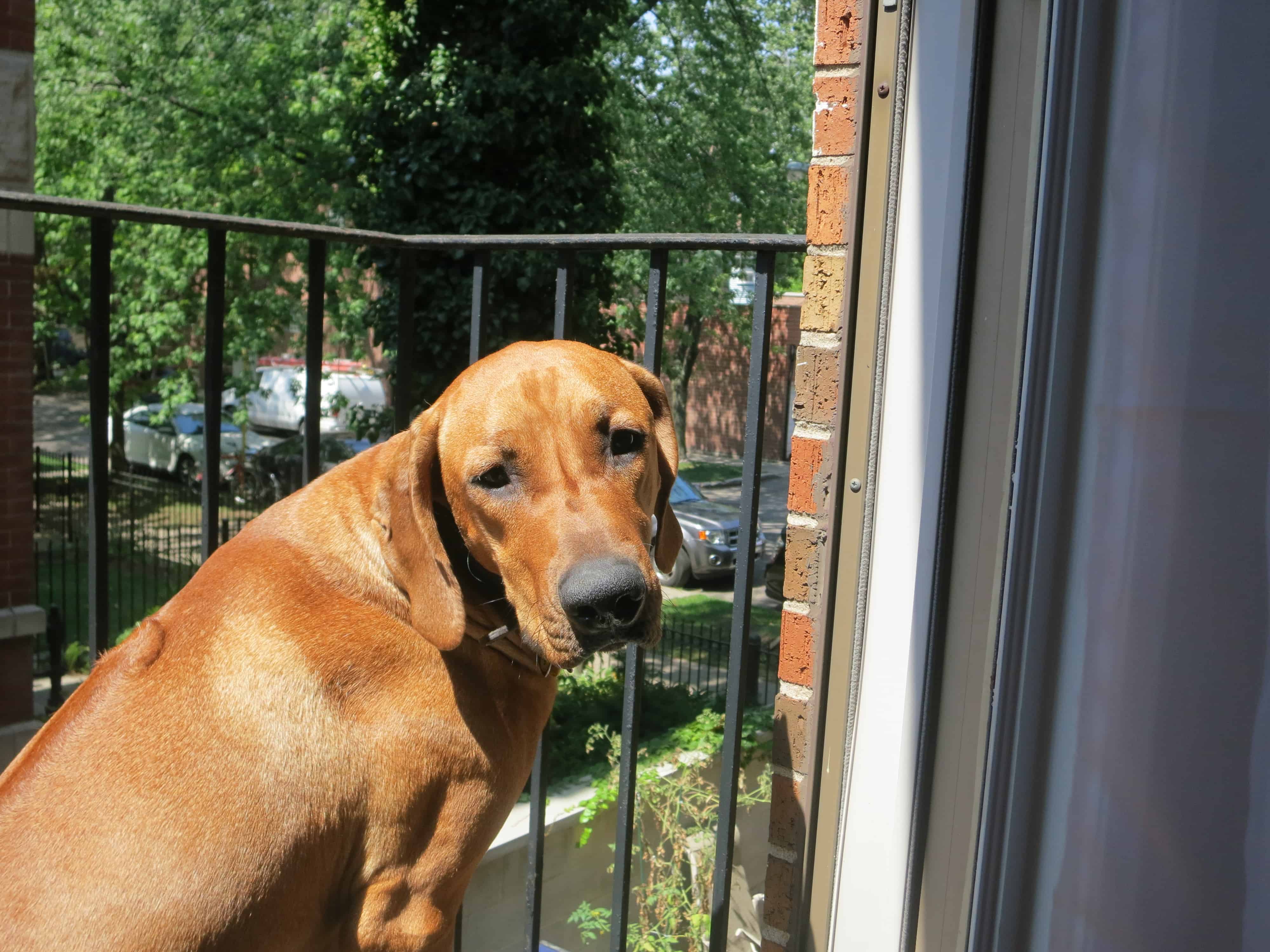 You looking for me?

When I opened the porch door this morning, I didn’t realize that the screen wasn’t closed.  Eko ducked through the curtains to watch the world for the better part of an hour.  I think Eko would make an excellent lifeguard – he loves being in the sun and he loves watching people.

It looks like Eko found a new favorite spot, so I will have to make sure to leave the screen door open so the neighborhood watchdog can get to his post.

Comments for The Case Of The Missing Eko