By virtue of having a very public meltdown when Eko died, I’m often contacted by people who’ve lost a dog, and thus, lost themselves. On the fifth anniversary of Eko’s death, I want to share the most important thing I’ve learned from those conversations in hopes it might help others who are struggling to find their way. 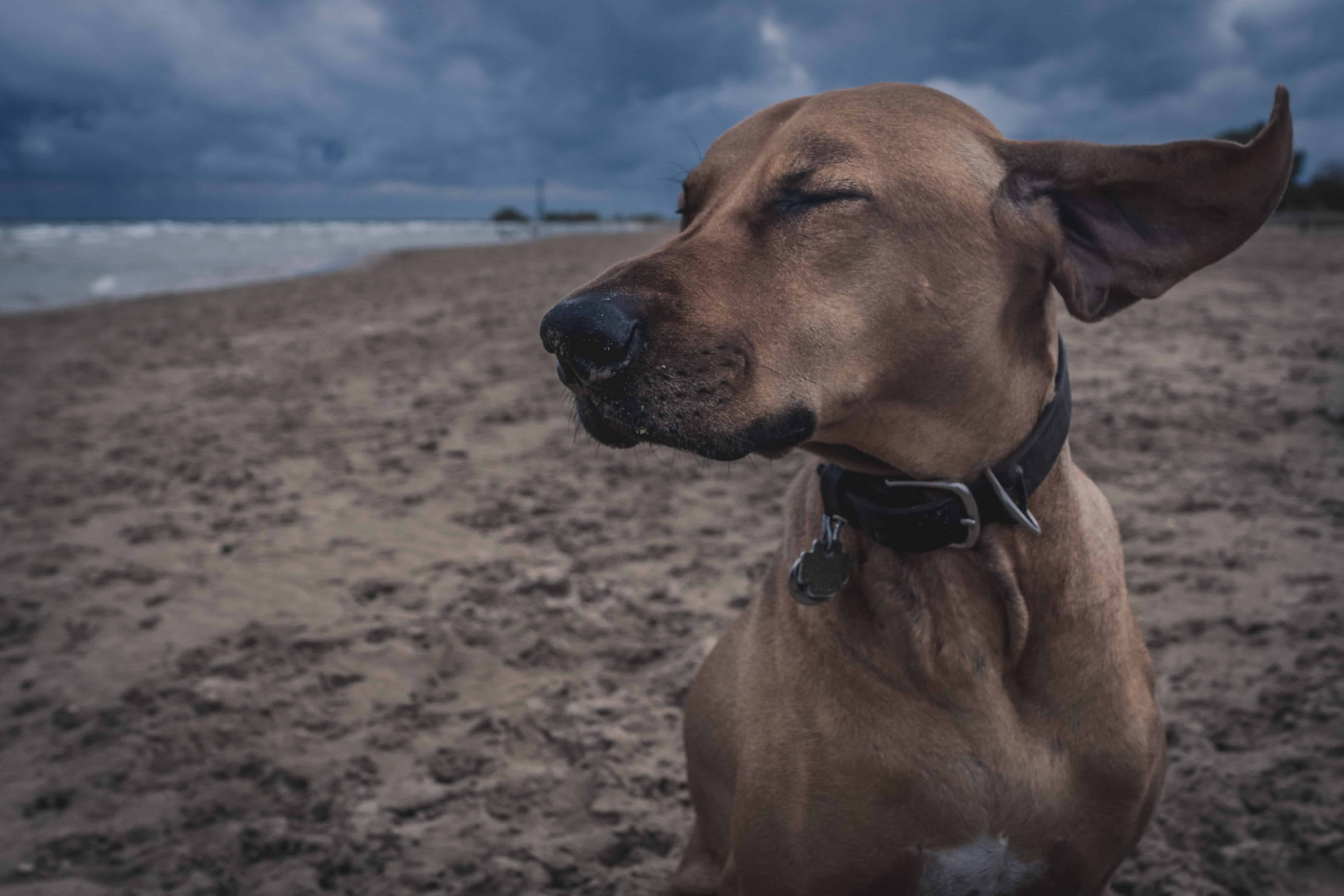 There’s no shortage of resources about the unique grief of pet-loss, but like many others, I found they offered no relief. The clinical tomes, which codify grief into bullet points and categories. Lofty religious works, which promise reunions in another life. “Inspirational” guides, which lean on aphorisms and generic wisdom to help you cope.

Everything I read was garbage. Or that’s how it felt, at least. Because that’s how everything felt after Eko died. None of the books were “wrong,”  and in retrospect many offer thoughtful strategies, but they all felt sterile.

None of the neat and orderly words I read reflected the maelstrom of sorrow I lived in. These books about grief had no actual grief in them.

In each instance, the raw agony was sanded down and polished until it was publishable.

If you’ve recently lost a dog, all this probably sounds like garbage too. If so, I get it. But I can point you to the place where a boy bled for his dog, and I hope that’s worth something to you. It would have been worth the world to the boy.

And if I can drag even one person forward, even for a short time, sharing this will have been worth it.

I’m compelled to share on behalf of the countless people who’ve reached out to me over the past five years with their own suffering. Each correspondence is a detailed portrait of unfathomable heartache. Without pretense or preamble, people lay their anguish bare.

They tell me what they cannot bring themselves to tell family and friends. They show me the shattered pieces of their heart and point to the hollow in its place. They clutch those jagged pieces tightly, bleeding from the effort, but unwilling to let a single grain slip through their fingers because each one is imbued with the love of their dog.

Lacking any semblance of professional qualification, I’ve often wondered what I’ve done to earn such trust in a moment of such vulnerability. I suspect my only credential, and the only one that matters at a time like this, is simply, “Here is a man who was foolish enough to love his dog as much as I loved mine.”

What else would you call us? We who entrust our whole hearts to companions destined to break them. How are we anything but fools for the covenant we make?

And so we are often treated, with trite assurances of, “He was a good dog,” or “She had a good run,” or “They had a good life.” Unsaid, in the pernicious silence after each of these greeting-card sentiments, is,  “It was just a dog.”

So our sorrow is saddled with guilt. We know dogs will die, so why is it impossible to prepare for and even harder to move on from?

I think it’s because almost no other expression of love places this unique burden on us. Yes, we expect our parents and older generations to die before us, but we have deeply familiar rites of passage for these moments. When we give our love to a contemporary or a child though, it is always with the hope – however faint – that we’ll have that person with us for the rest of our lives.

But to love a dog is a hopeless thing from the start. Which is why so many people who write to me feel almost sheepish for how fully they gave themselves to their pup. They struggle to recognize themselves without their dog beside them.

The analogy I’ve found most helpful, and which others seem to find most emotionally freeing, is that the death of your dog is also the death of the person you were with them. Recognizing that truth allows you to grieve the loss more fully by recognizing it’s scope.

The young, single woman who brought the puppy home is not the wife and mother who said goodbye to the dog a decade later. The man who relished having a Ridgeback in retirement is not the man who put that dog down, knowing he’ll never have another. The child with no memory before their dog is not the same teenager forced to make memories without them.

Our dogs are inextricably bound to our identities, so when they die it’s vital to recognize a very real part of who we are does too.

That’s why I encourage you to write a eulogy, both for your dog, and the person you were with them. It won’t be easy, but the process of writing it down is incredibly important and cathartic. If you’re comfortable sharing your writing with others, know it will be deeply appreciated by those who matter. If it’s too painful or vulnerable to share, my inbox is always open, and many find relief in just one person reading what they have to share. But most importantly, keep a copy for yourself. Always.

Outside of that, most of the usual traditions and rites we have for death are ill equipped to handle this loss of self.  Left without a familiar course of action, we resort to reaction. We’ve had something we love beyond measure ripped from us, so we instinctively claw to take as much back from the world as we can.

What you want is time back, you want joy back, you want your heart back. You just want your dog back. But you can’t have any of it so you eat too much. Or drink too much, or sleep too much, or watch too much TV, or take on too much work. You back a dump truck up to that chasm where your dog should be and you desperately try to fill it with something. Anything!

Of course, as we all learn, it doesn’t work. In the hundreds of conversions I’ve had with people, not one has successfully moved on by hoarding. Despite the unique tragedy of each loss, I’ve realized that every single person was only able to move on when they made the decision to give away what they wanted most – their dog’s love.

You’re not going to want to hear this, but those shattered pieces of your heart? Those most precious possessions? You have to start with those.

You must dive into the darkness of your loss until you see a glint. A memory, a feeling, a spark of love shared between you and your dog. Discovering it will be your first real smile in a long time.

It will be your greatest treasure. And your job is to give it away. It will be agonizing, but you must. Carry that spark back up into the world and set it free. Make a donation to a charity in your dog’s name. One of the first moments of relief I felt was sending a donation to Ridgeback Rescue with Eko’s name on it. It was painful because it forced me to accept he was gone, but deeply gratifying because it was proof his love still mattered.

It’s not the action that matters as much as the intent. Take the half-full bag of dog treats you can’t bear to move and share them with your neighbor’s dog. Leave a box of tennis balls at your dog’s favorite beach. Give that spark of love away joyfully, as your dog did, then descend to find another.

It gets easier each trip, though the effort is never painless. You’ll discover that the darkness is teeming with embers waiting to be kindled. Give these pieces of precious love to people in need. Give them to a worthy cause. And yes, when you’re ready, give them to a new dog. Because there is no greater way to honor your bond than to share it.

Now, you may say you can’t do it because you can’t do anything for yourself. And I agree. But don’t worry, I’m not relying on you for this. You have to do it for your dog. For their love. Not because you want to, but because you have to. Anything less would be admitting your dog’s love and its power died with them. And that, we both know, is untrue.

Five years later, and the hurt of losing Eko isn’t any better. But I am. Because his love made me so, and because his love compels me to continue to share it with the world the only way any of us can – by carrying it forward.

Some may say we’re fools to love dogs and lose ourselves. But if wisdom is never having the courage to love fully because you know it will cost you everything? The wise can keep it.

As ever, I’m grateful for Eko’s love and the opportunity to continue sharing it. So if you find yourself lost one day, feeling foolish and alone, make sure you drop me a line here or at [email protected]. I’d be honored to hear the story of your dog’s love

Previous Post A Father’s Promise Back to all posts

Comments for A Fool’s Guide to Grief