I do my best to teach Eko and Penny proper social behavior. But I have to admit there are a few guilty pleasures I’ve indulged at the expense of their manners. There’s a strong divide on the issue, but I’m a big fan of dog-smooches. So if you sit near

I do my best to teach Eko and Penny proper social behavior. But I have to admit there are a few guilty pleasures I’ve indulged at the expense of their manners.There’s a strong divide on the issue, but I’m a big fan of dog-smooches. So if you sit near Eko and Penny it means you’re at high risk of getting one planted right on your face. 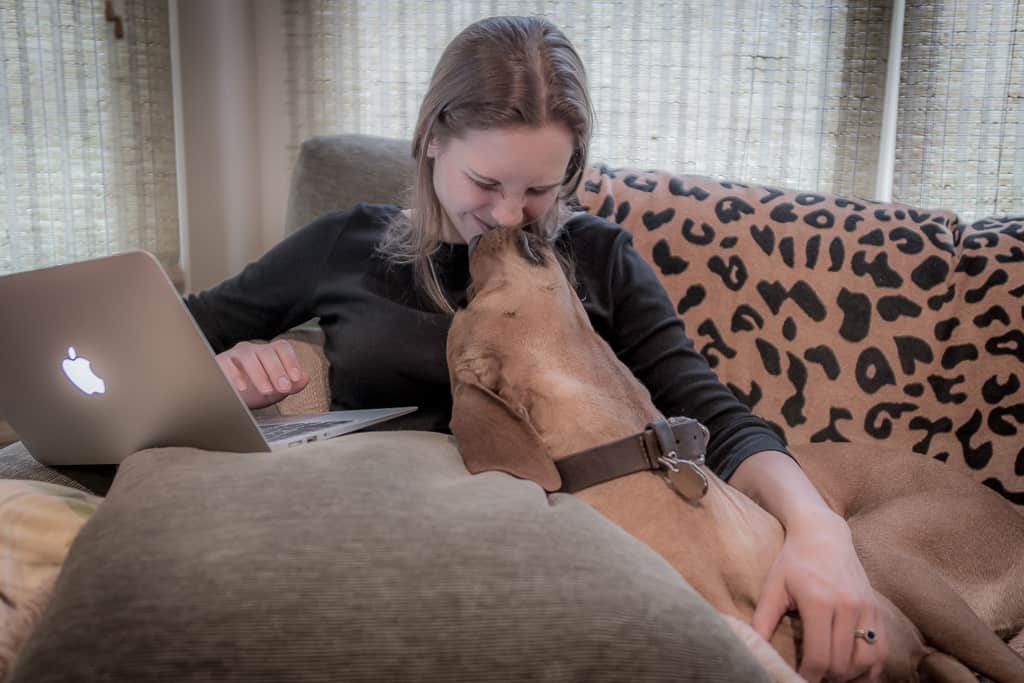 Polite? Maybe not. Cute? You bet!

As a puppy, Eko would dart between my legs for safety/comfort. It became a move he did when most excited and desperate for love. But Eko’s grown just a tad since he was a puppy and not everyone is as tall as me. 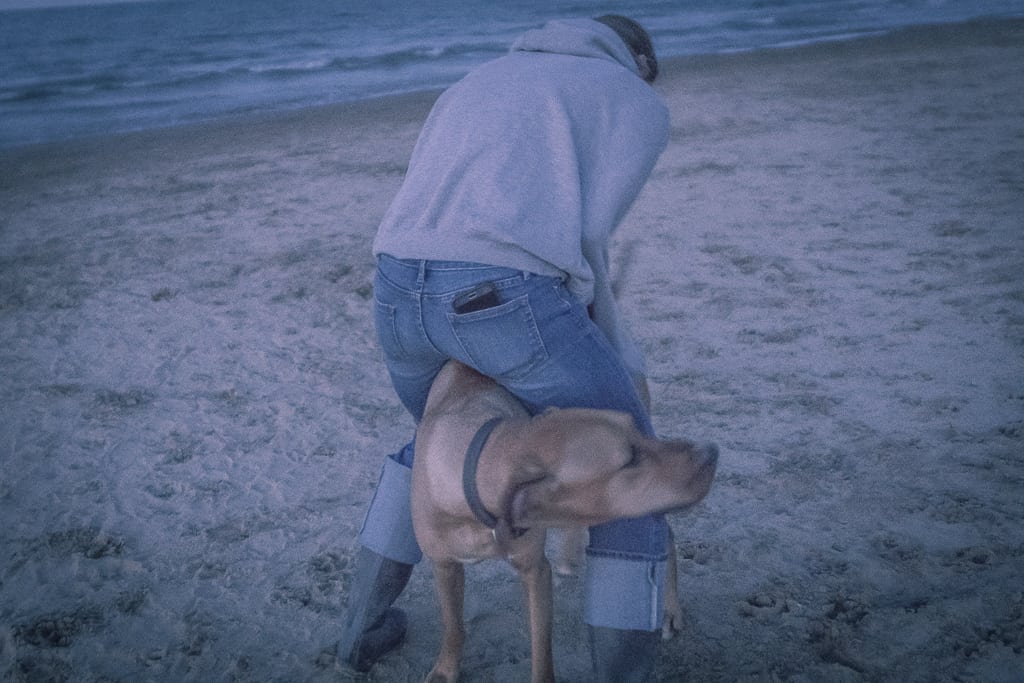 Eko can practically take Emily for a ride at the beach 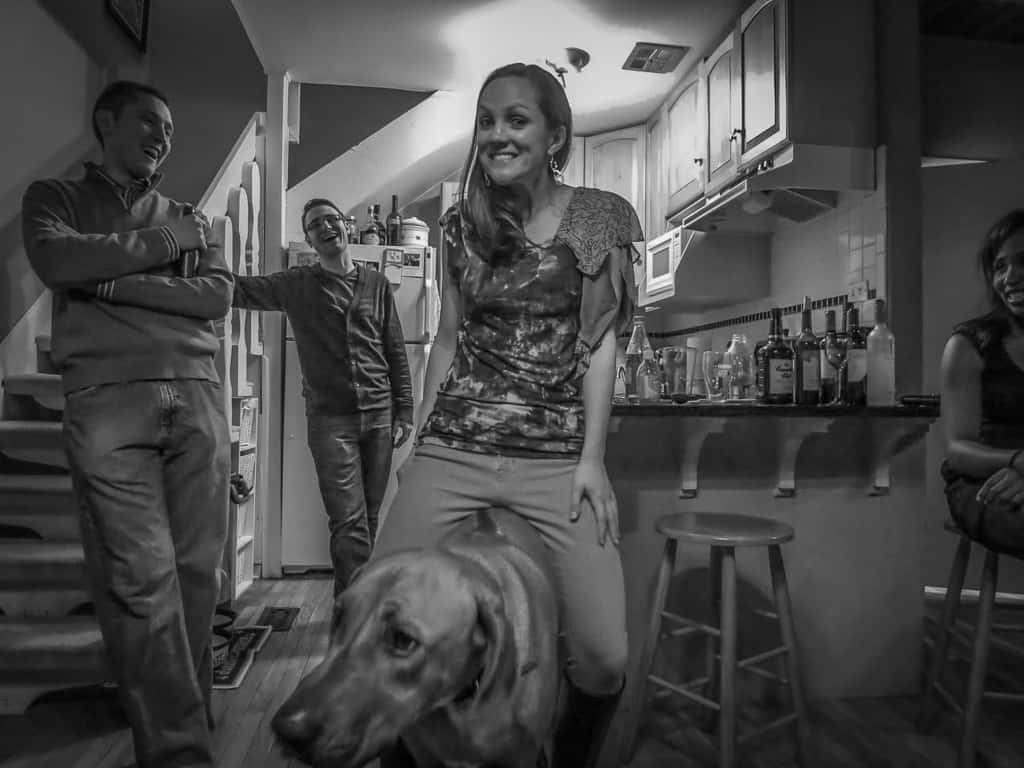 Penny’s no stranger to a bad habit or two. We’ve done nothing to disabuse her of the notion she’s a lap dog. 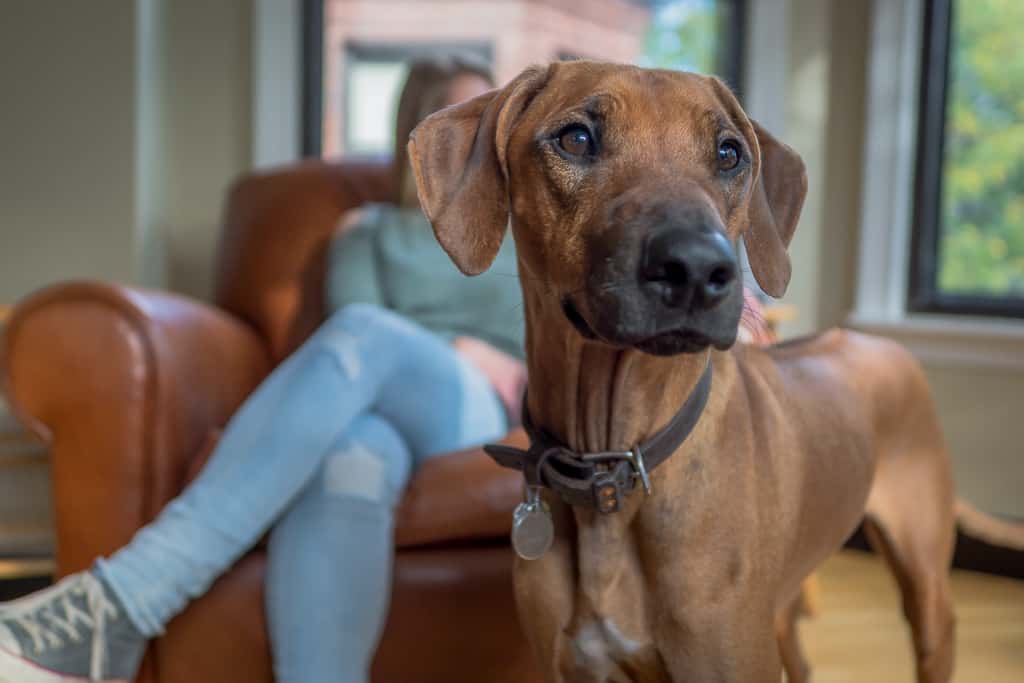 So when friends come over and take Penny’s seat, she does the only reasonable thing 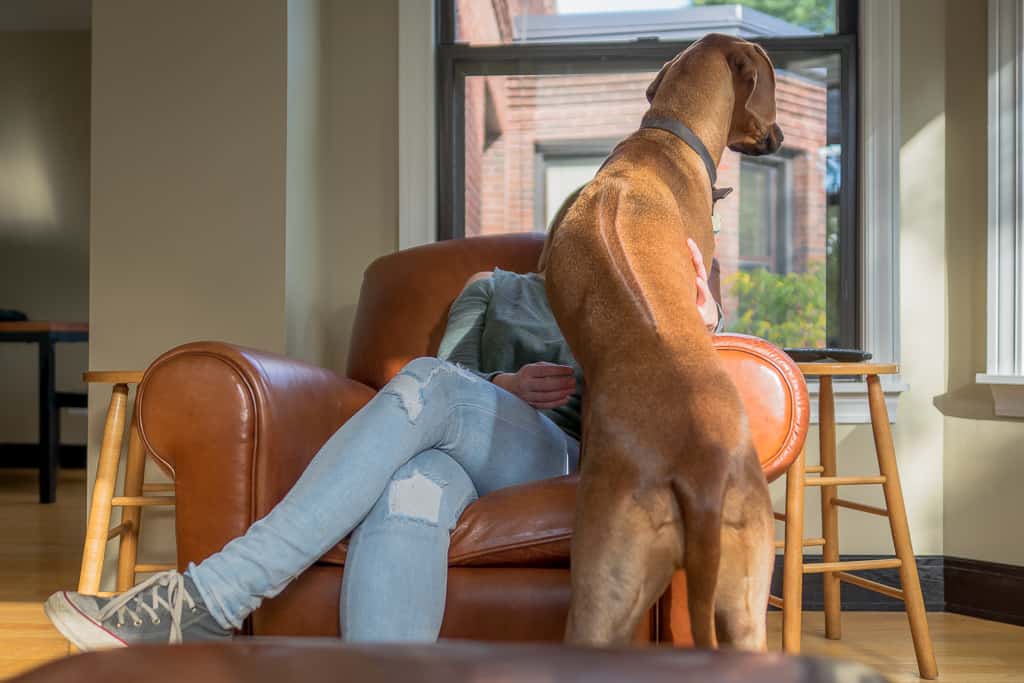 And shamelessly hops up to snuggle

I wonder where she picked up on that behavior… 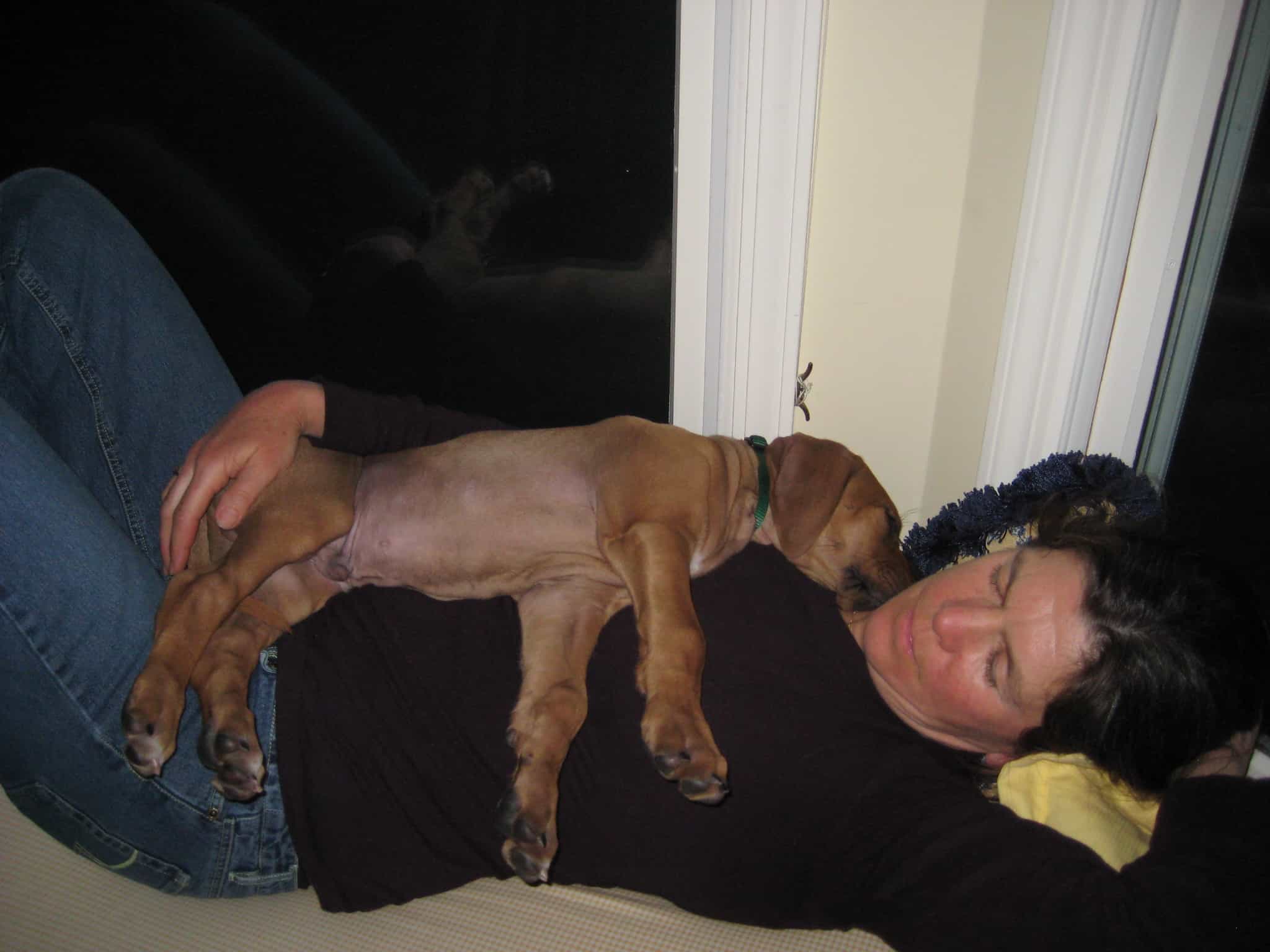 It certainly couldn’t be from Eko… 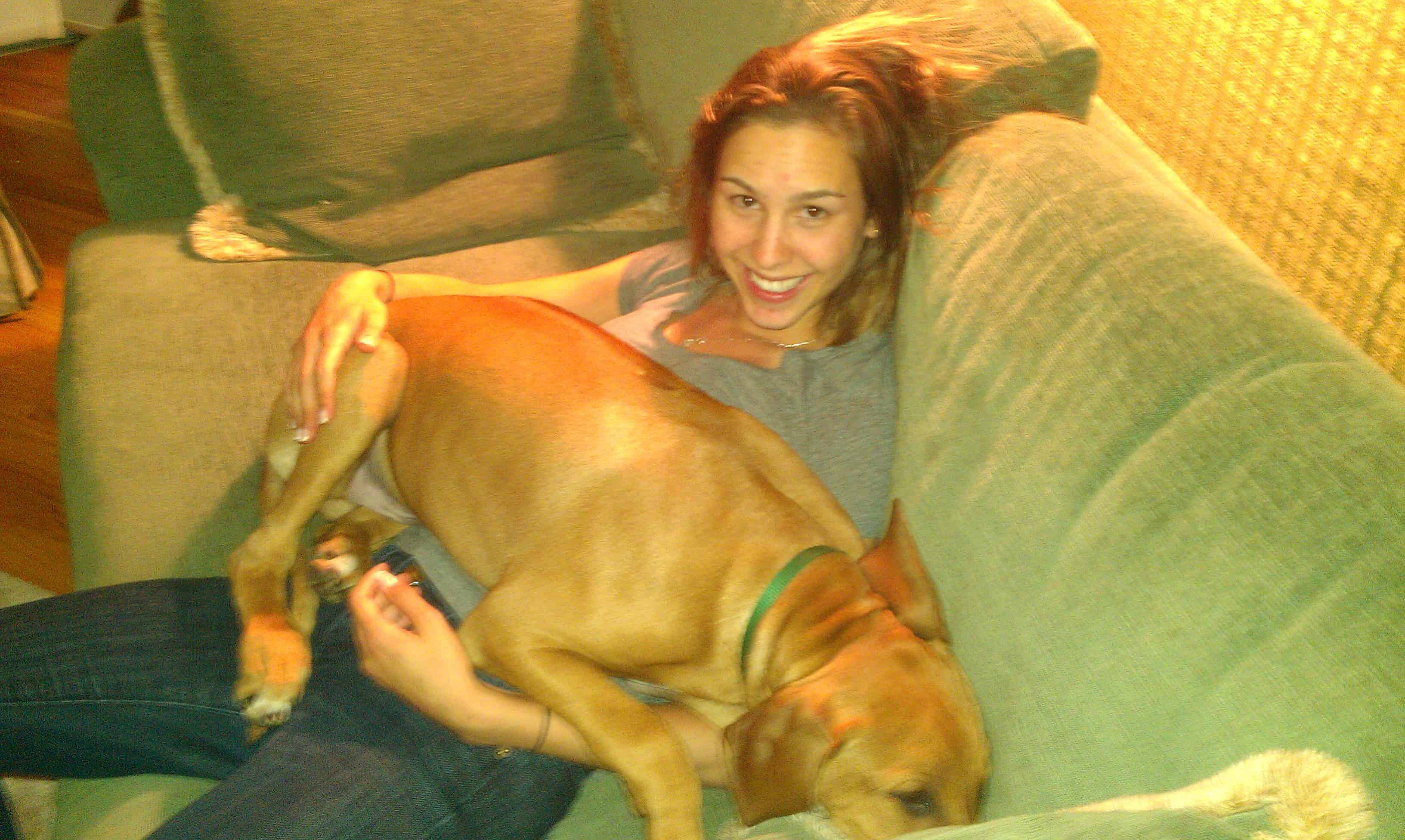 We never let him get away with anything like that

Even for our dog-loving friends, the combination can be a bit much. 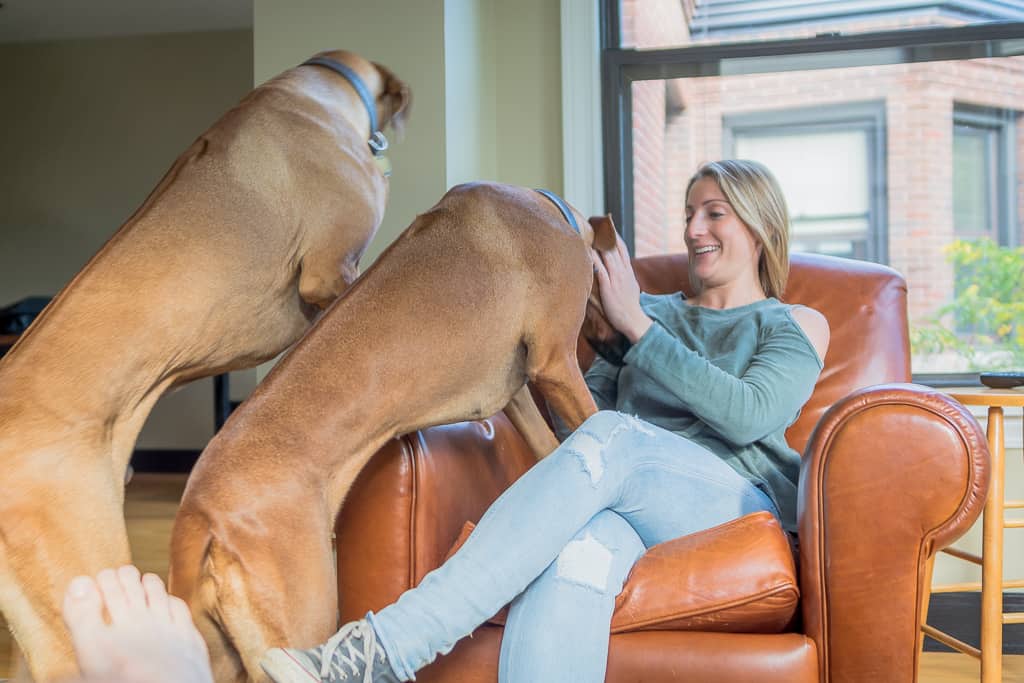 The habits may be bad, but the dogs are certainly good. I have to take the blame for these. I do make sure the pups behave politely when meeting people for the first time, if they show the dogs any affection they will immediately be bombarded with kisses and affection.

Not the worst bad habits to have!

Previous Post A Case of Freaky Friday Back to all posts Next Post My Dog, The Street Magician