For three years Eko had it all. It was a one pup show so he never worried about missing out on things. Then Penny came along and started messing with his toys and eating his treats. The nerve! These days Eko keeps one eye open to make sure Penny’s not 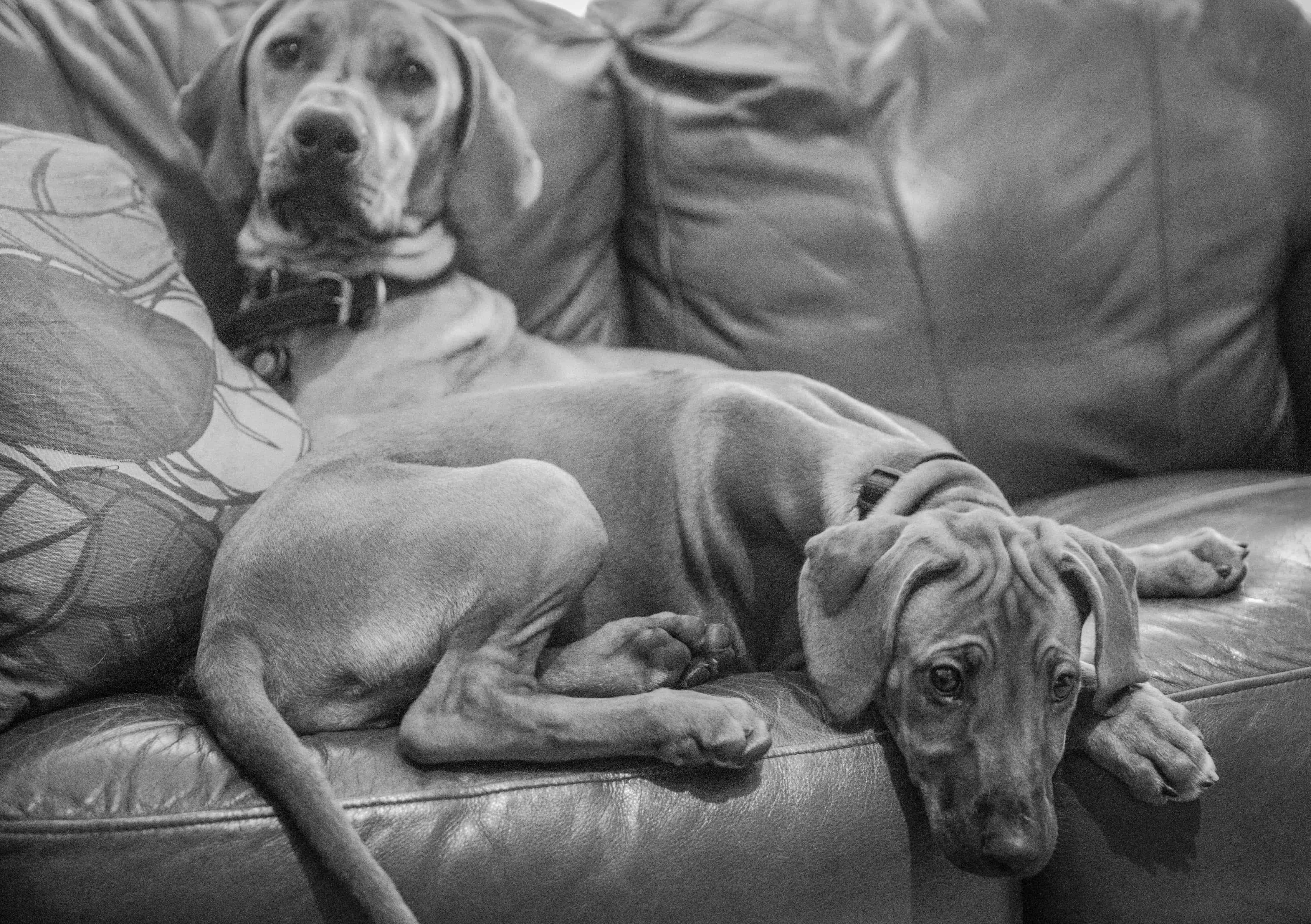 For three years Eko had it all. It was a one pup show so he never worried about missing out on things. Then Penny came along and started messing with his toys and eating his treats. The nerve! These days Eko keeps one eye open to make sure Penny’s not getting something he also wants. If Penny takes the best spot in the sun, Eko will use his heft to push his little sister off the desired turf

Of course, Penny is no stranger to jealousy herself. In the eyes of a puppy, nothing on this earth is not theirs. Including treats which have already been consumed by Eko

But by far my favorite (and most self-indulgent) brand of sibling jealousy is “lap dog envy.” No matter where I am, if I give one of the pups affection, the other immediately knows about it. It doesn’t matter if the other dog is in a different room or sleeping, they somehow just know they’re missing out on attention. Penny likes to jump in my lap to get some love. Like clockwork, Eko comes over to claim the love he deserves Using his patented “my butt is bigger than yours” strategy, Eko will rump Penny out of the way Penny does not give up without a fight But there is plenty of love for all!

Jealousy is not known for being a cute emotion, but when these two love-bugs vie for prime butt-scratching-real-estate I can’t help but grin. If Eko and Penny didn’t get along it might be a problem, but it’s nothing but love with these two. If you have multiple pets, do your pet-siblings have any jealous tendencies with one another? Or if you only have one pet, do they get jealous when you show attention to other people?