When Has Your Pet Outsmarted You?

For some reason, a lot of people think that when it comes to cleverness, humans have the market cornered.  As pet owners know, nothing could be further from the truth.  I can’t even begin to count the number of times Eko has completely outwitted me.  For example, Eko kept trying

For some reason, a lot of people think that when it comes to cleverness, humans have the market cornered.  As pet owners know, nothing could be further from the truth.  I can’t even begin to count the number of times Eko has completely outwitted me.  For example, Eko kept trying to steal his treats off the counter, so I put them on top of the fridge where I “knew” he couldn’t get them.  Boy, I sure showed him… 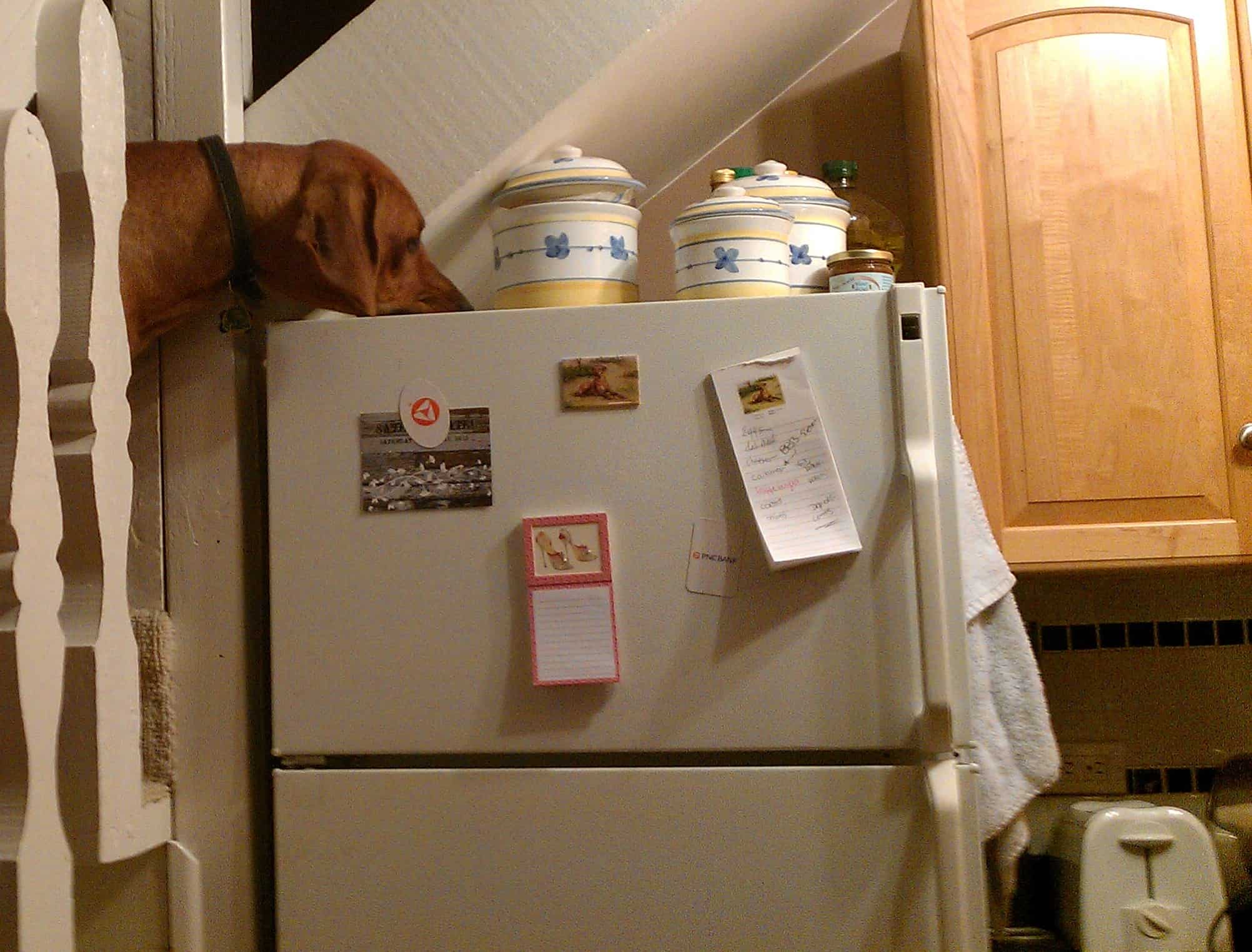 Once again, I was outwitted by the Windy City Bandit

Like most dogs, Eko loves ripping up cardboard.  I almost always let him have the smaller boxes, but I usually toss out the larger ones because they make a larger mess.  Of course, Eko likes the larger boxes best (more mess = more fun) so he recently devised a strategy to prevent me from throwing out those boxes. 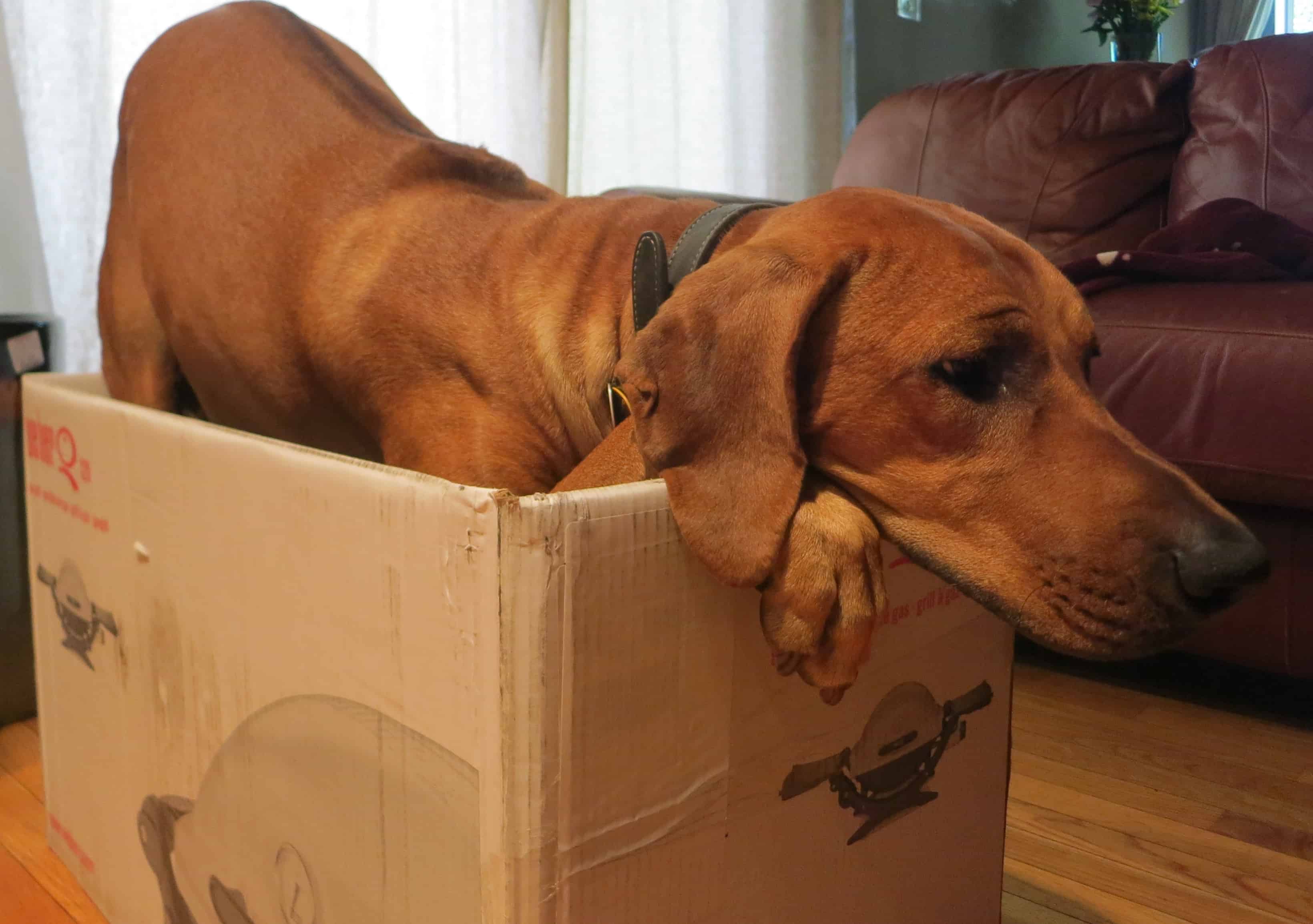 You can’t throw away what you can’t pick up.  Eko’s new strategy is to tear up the box from the inside out so that I can’t steal it from him

And of course, Eko is not above straight up deceit.  If I’m gone for half the day, I will ask a friend to stop by and feed Eko.  Without fail, every time I come home Eko pretends like he hasn’t been fed in weeks.  He will even go as far as to paw at his dog food container and mope around his food bowl.  It’s tough to deny those puppy dog eyes (even when they’re lying!) so I will admit that Eko has gotten me to feed him a second dinner on more than one occasion. 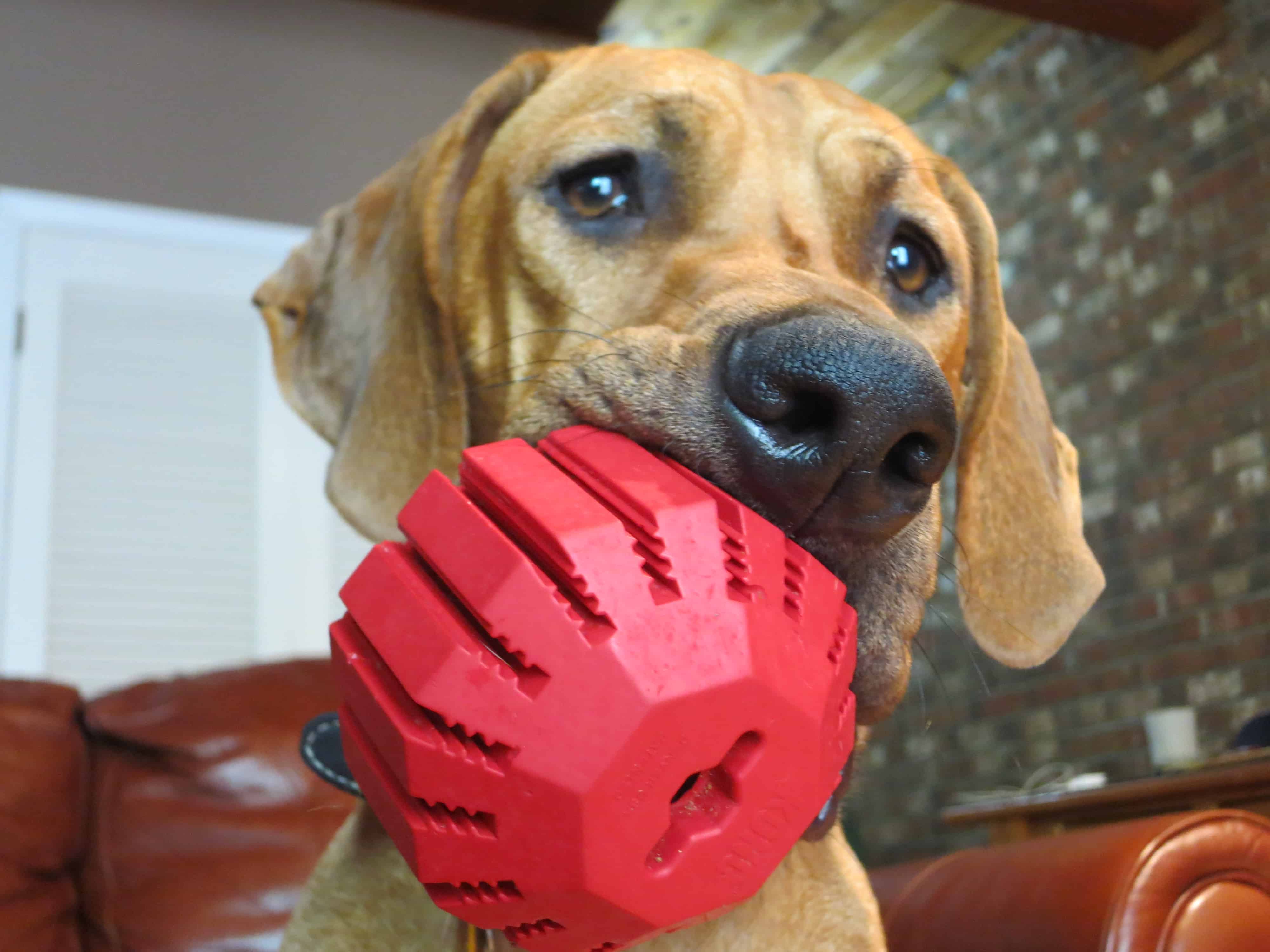 Now, I know I’m not exactly the smartest guy, but I also know that I’m not the only one whose pet has gotten the better of them!  Fess up, how has your pet tricked you?  I have a feeling that you guys have some pretty great stories to share.

Previous Post The Countdown Begins Back to all posts Next Post Raining Cats And Dogs? Why Not Add One More Dog? – (Play In The Rain – Bucket List #22)

Comments for When Has Your Pet Outsmarted You?