The life of a little brother is treacherous. Your mom makes your older brother let you tag along and then your older brother and his friends make you lay down next to a bike ramp to see if they can jump their bikes over you.  Yesterday, fate reunited me and

The life of a little brother is treacherous. Your mom makes your older brother let you tag along and then your older brother and his friends make you lay down next to a bike ramp to see if they can jump their bikes over you.  Yesterday, fate reunited me and one of my brother’s friends in a much less hazardous encounter in Las Vegas. Neal, my brother’s friend, is a successful animal opthamologist in Las Vegas and he invited Eko and me to swing by for the afternoon. We got a full tour of the office and Eko got his eyes checked so that he can no longer claim he doesn’t see me when I’m waving that it’s time to leave the dog park. 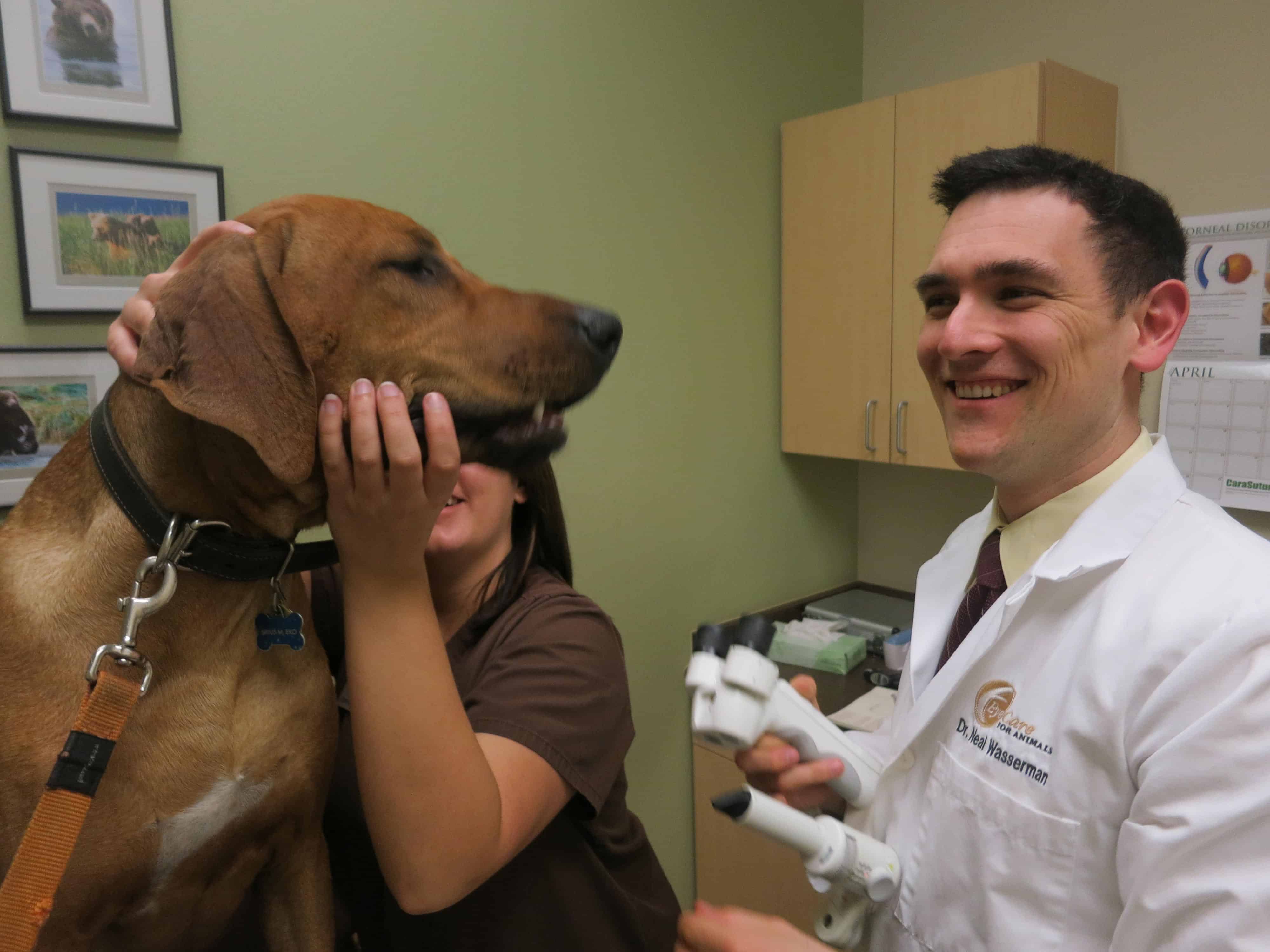 “I know it’s hilarious, Will waves like crazy and then I totally pretend I don’t see him!” 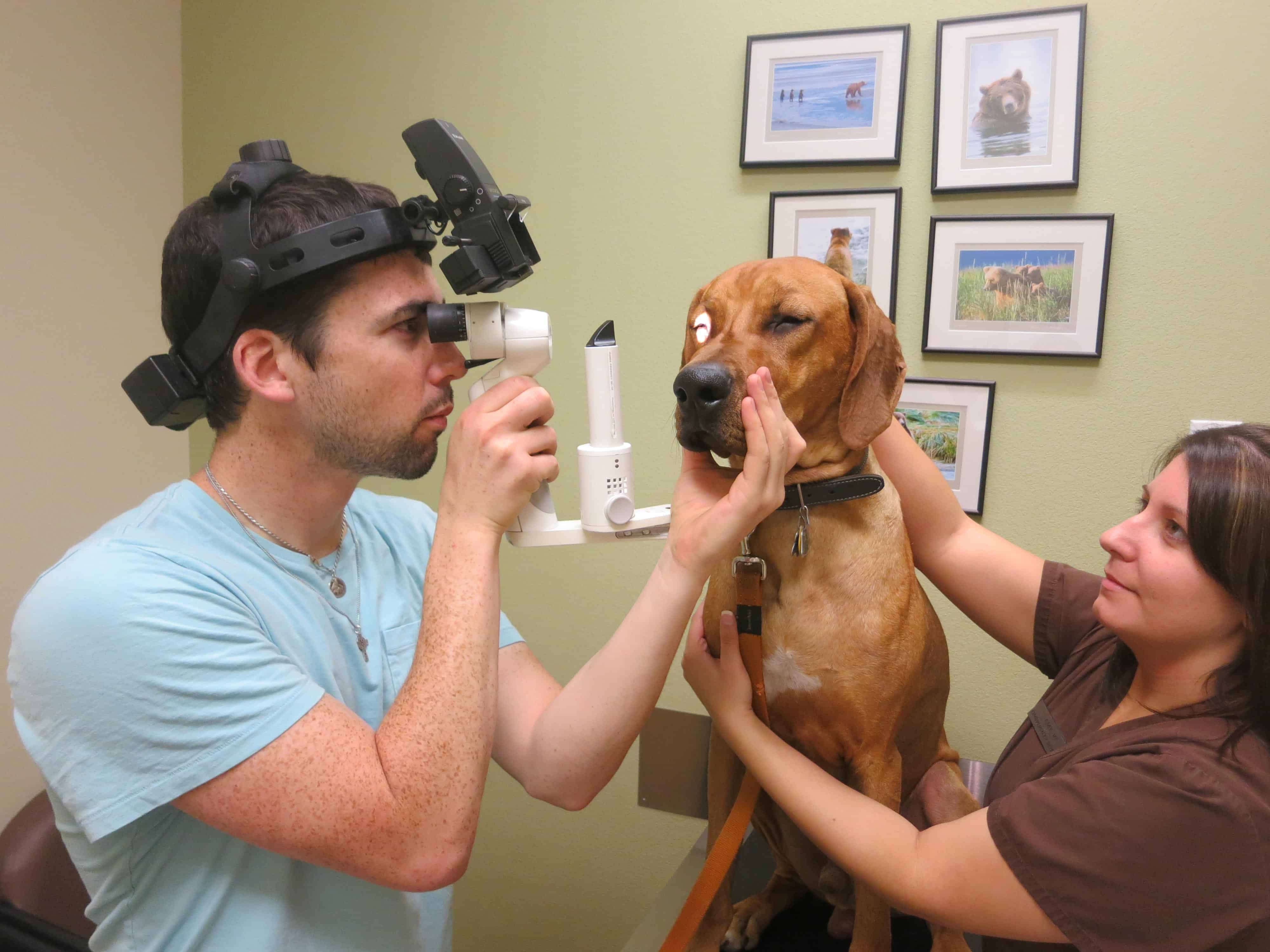 Eko’s face is a dead giveaway that I have no idea what I’m doing in this photo.  With Neal’s help I was able to see Eko’s optic nerve, so I can cross that off the bucket list 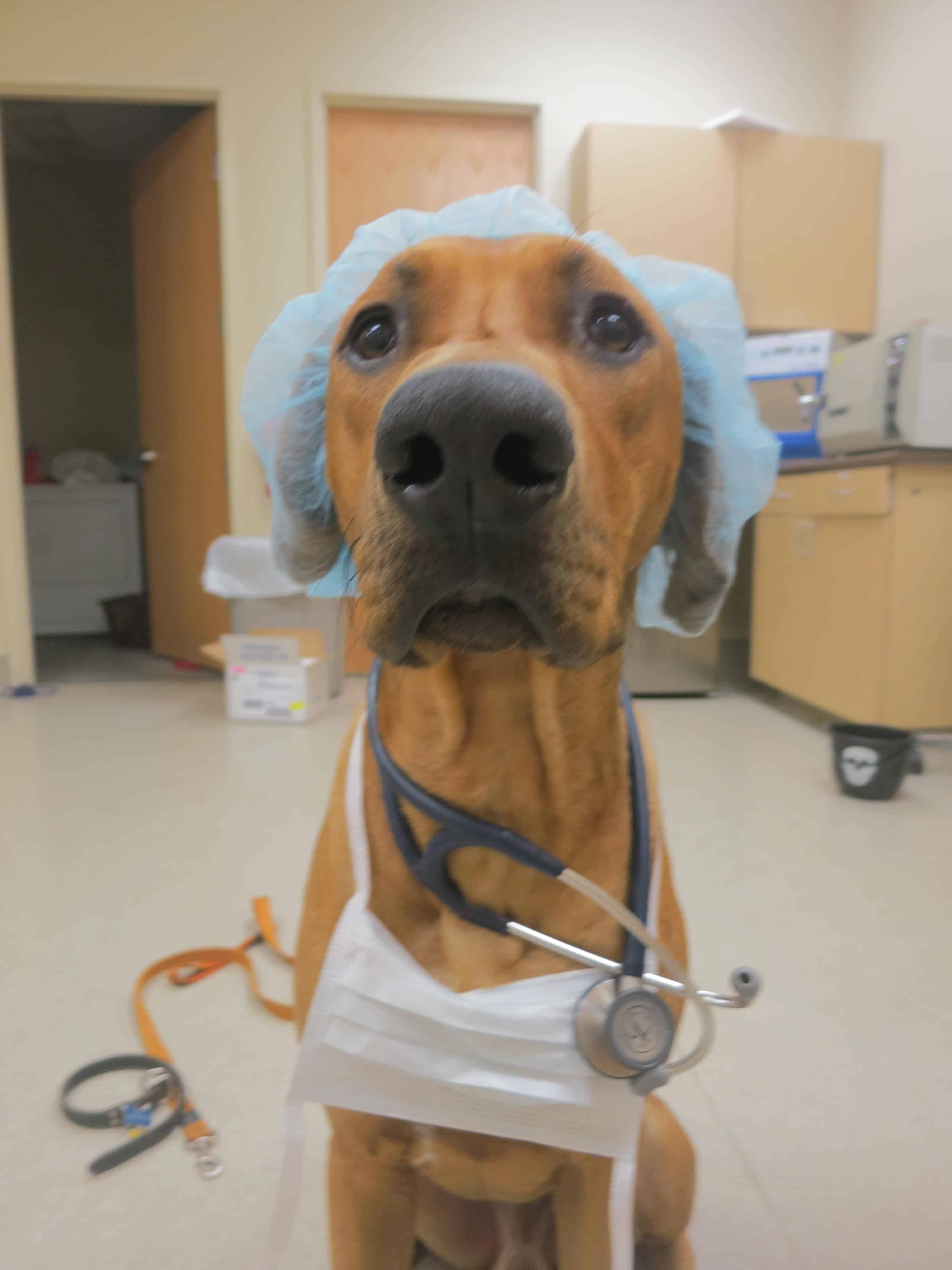 The moral of the story is that don’t worry too much if you see a kid jumping his bike over a smaller kid because that kid might become a great vet some day and take care of that smaller kid’s dog!  Thanks to Neal for showing us behind the scenes at his office and for hooking us up with a book of the best hikes in the area.  We’ll definitely make good use of the book this week.

After the vet, we had to go get a shot of the iconic Las Vegas sign. 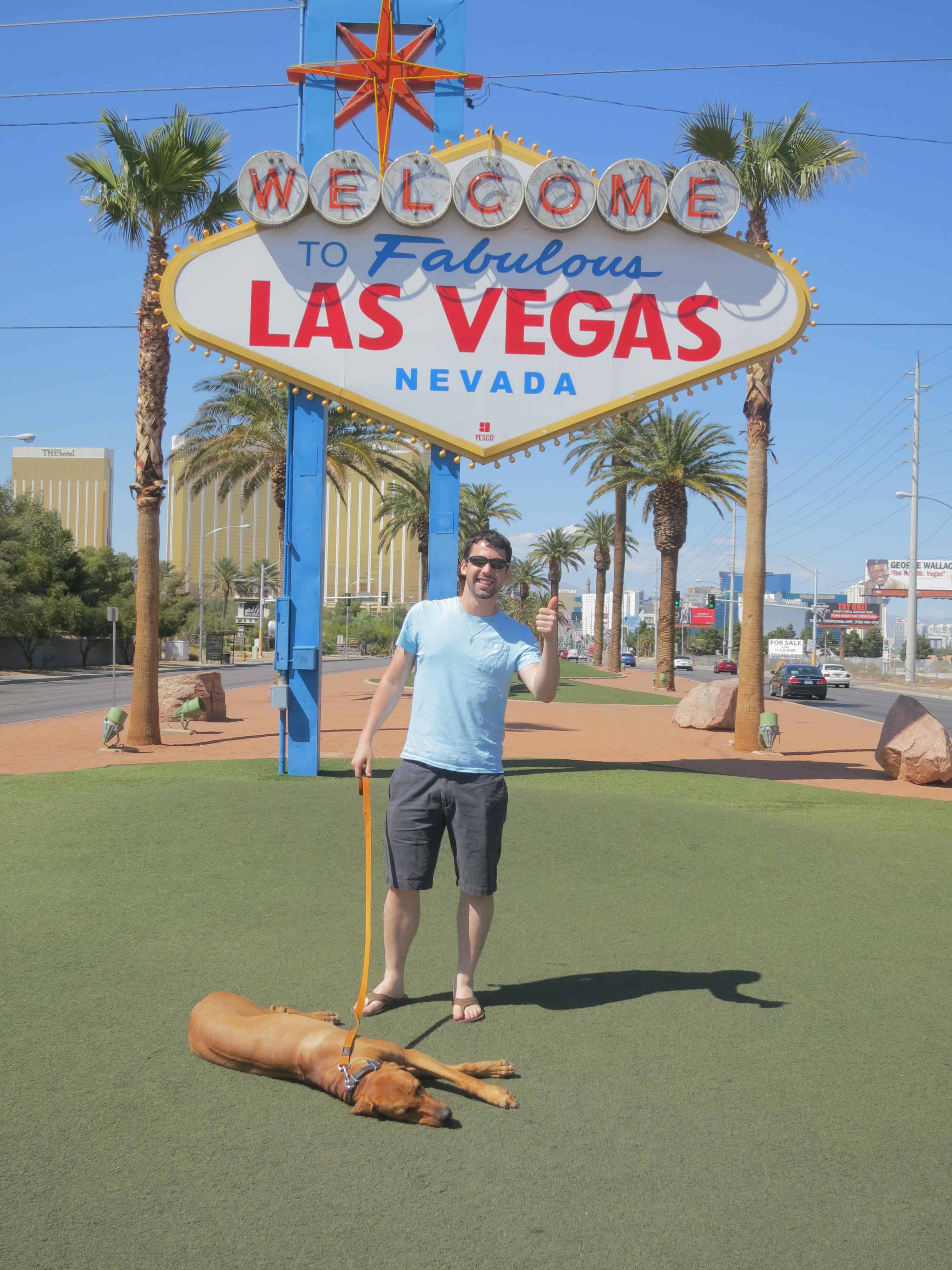 I tried to tell Eko that he’s supposed to look like that on his last day in Vegas, not his first…

While taking our photo I noticed a handsome bohemian gentleman off to my side working on a canvas. I looked over and thought, “Hey, that looks like my brother’s friend from college.”  Of course, it turned out to be him.  The heat put Eko down for the count, but we snapped a quick photo of the “only in Vegas” chance encounter. 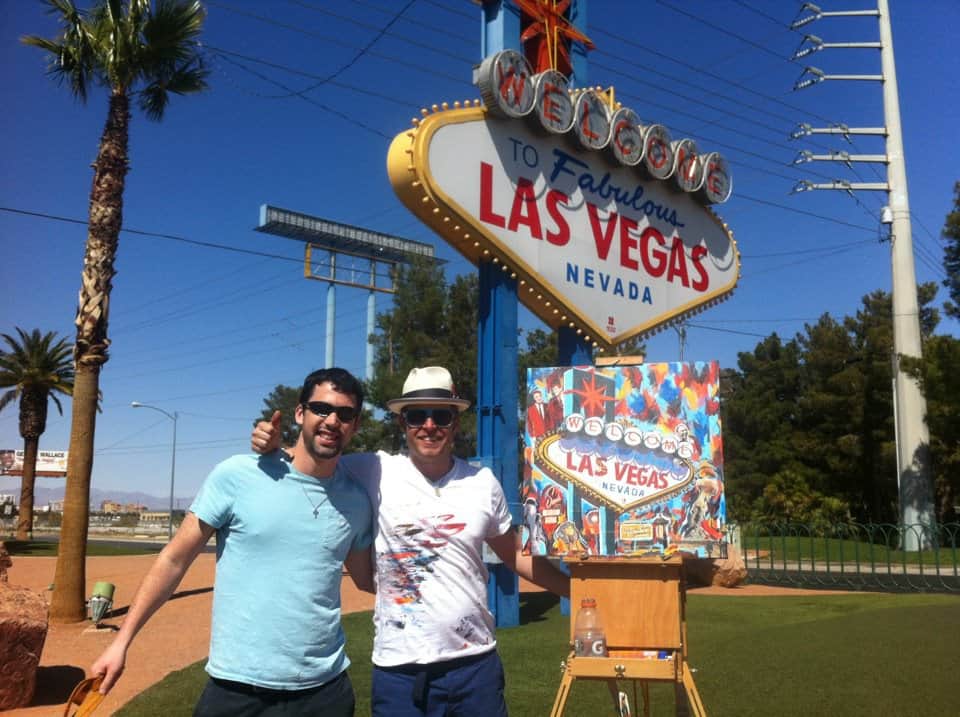 You can check out more of Borbay’s awesome work here

It’s a scorcher in Vegas today, so we’ll save our longer hike for later in the week when it gets a bit cooler.  Today we’ll check out the newly renovated Sunset Dog Park and then hit the strip for a long walk under the lights tonight.