My brother James is five years older than I am.  That means I spent a large chunk of my childhood hanging out with kids who could (and usually did) knock me around whenever we played football or some other game.  Then, while these guys were away at work or college

My brother James is five years older than I am.  That means I spent a large chunk of my childhood hanging out with kids who could (and usually did) knock me around whenever we played football or some other game.  Then, while these guys were away at work or college for a while, I grew.  The next time everyone was home again I wanted to play football, but some of James’s friends were not so eager to line up against me anymore! As it turns out, the “I can’t believe how big you got!” phenomenon is not strictly for humans.  When Eko was just a few months old, one of his first playmates was Riley, my friend Rachel’s pup.  Riley towered over Eko and would playfully beat him up for hours on end. Eko loved every minute of it.  Rachel recently moved to Chicago and Riley and Eko were reunited yesterday.  Eko immediately bounded to Riley, but Riley was too shocked to play – her eyes clearly said “Whoa, you are a lot bigger than I remember!”  Riley recovered once she realized Eko had no plans to eat her.

Eko and Riley – they may have swapped relative sizes, but they’re still great friends 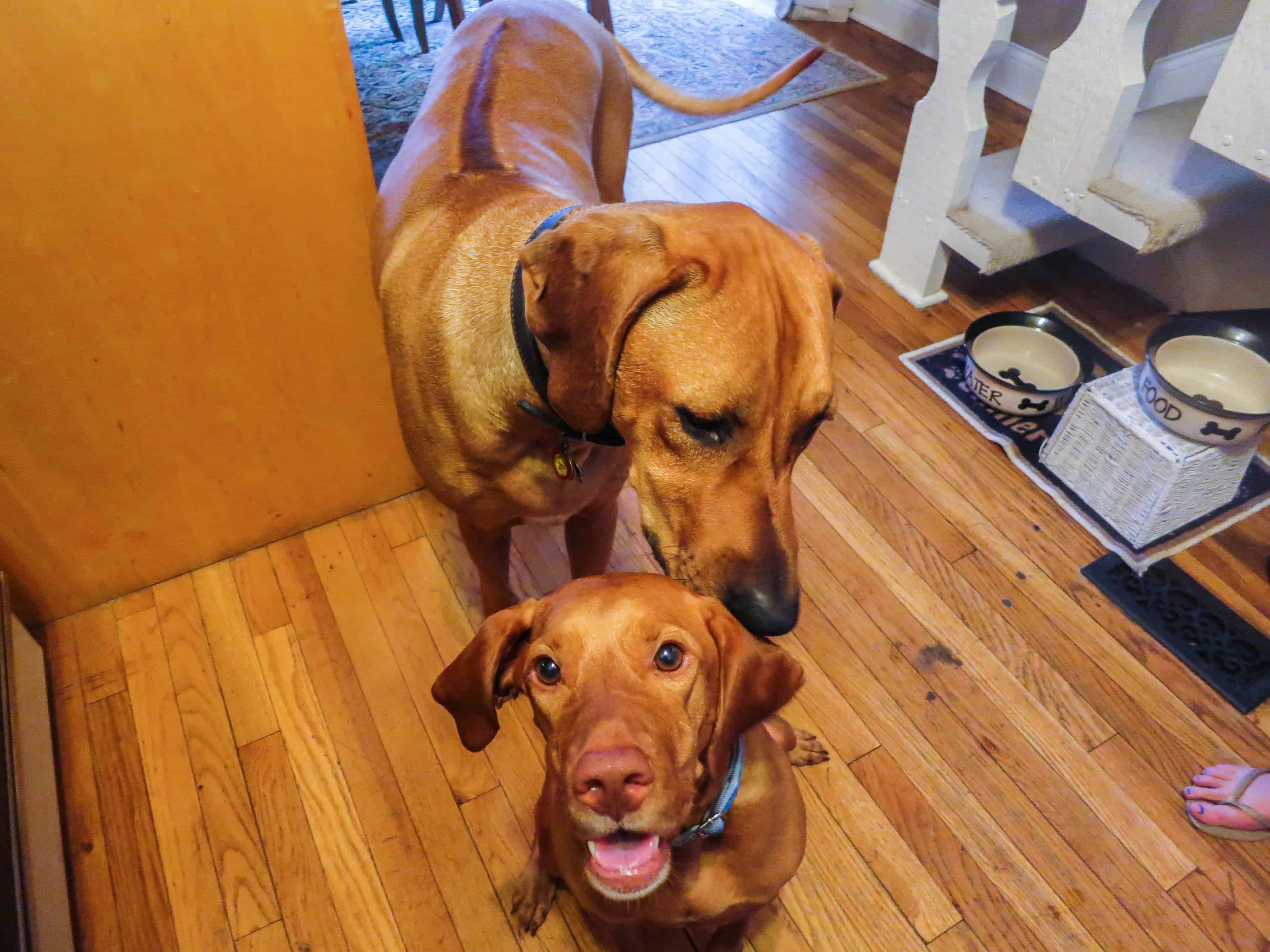 Riley is now a lot smaller relative to Eko.  Just to make sure he had the right friend, Eko gave Riley the sniff test 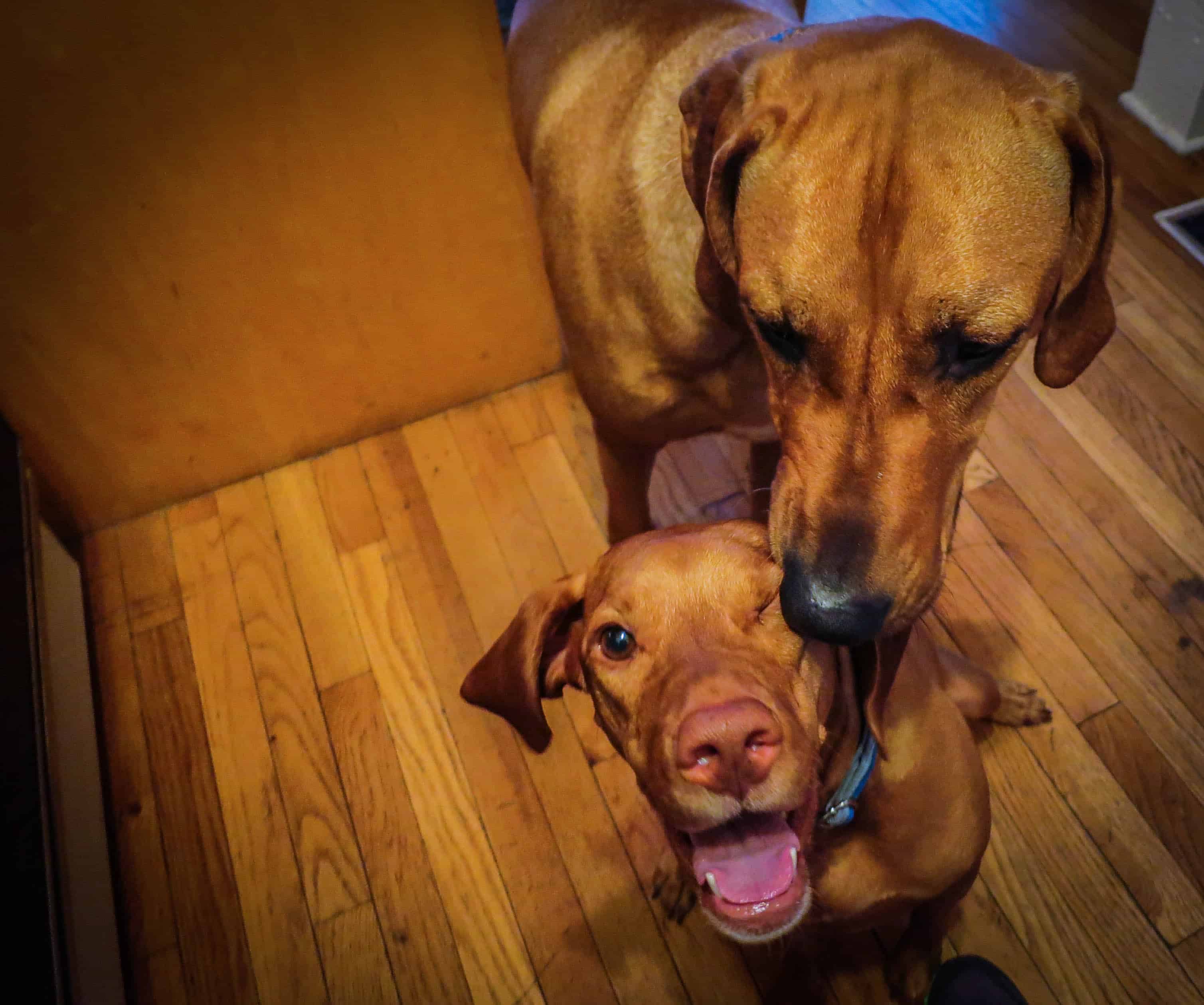 If you are a new Chicago resident and want to know about the city’s best restaurants, mechanics, shopping or most other things, I’m not much help.  But if you are a new Chicago resident with a dog, Eko and I are the guys you want to talk to.  Rachel has a lot of moving to do and needed to tire Riley out beforehand.  Not a problem.  Eko and I introduced them to Montrose Dog Beach –  our favorite place in the city to play. 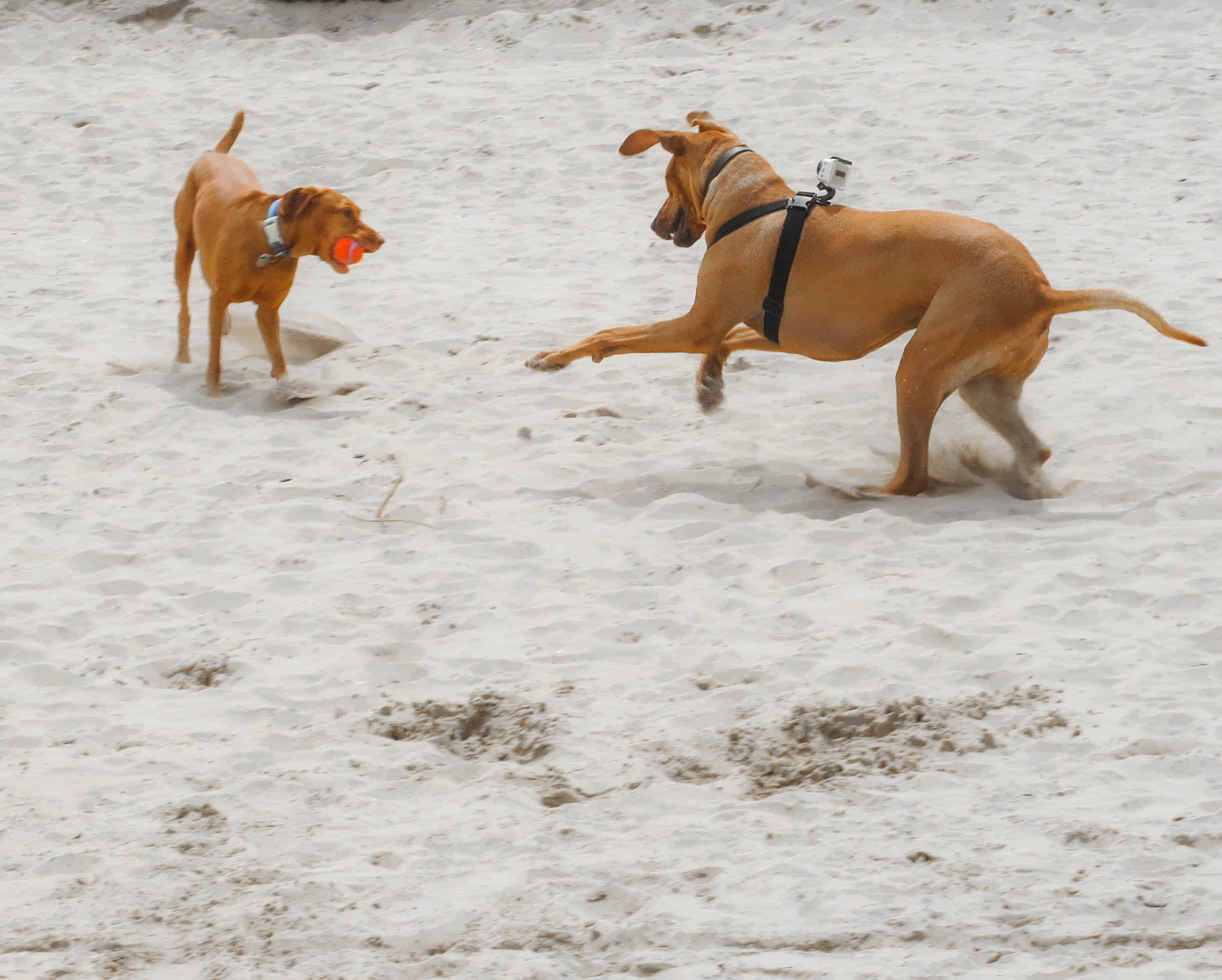 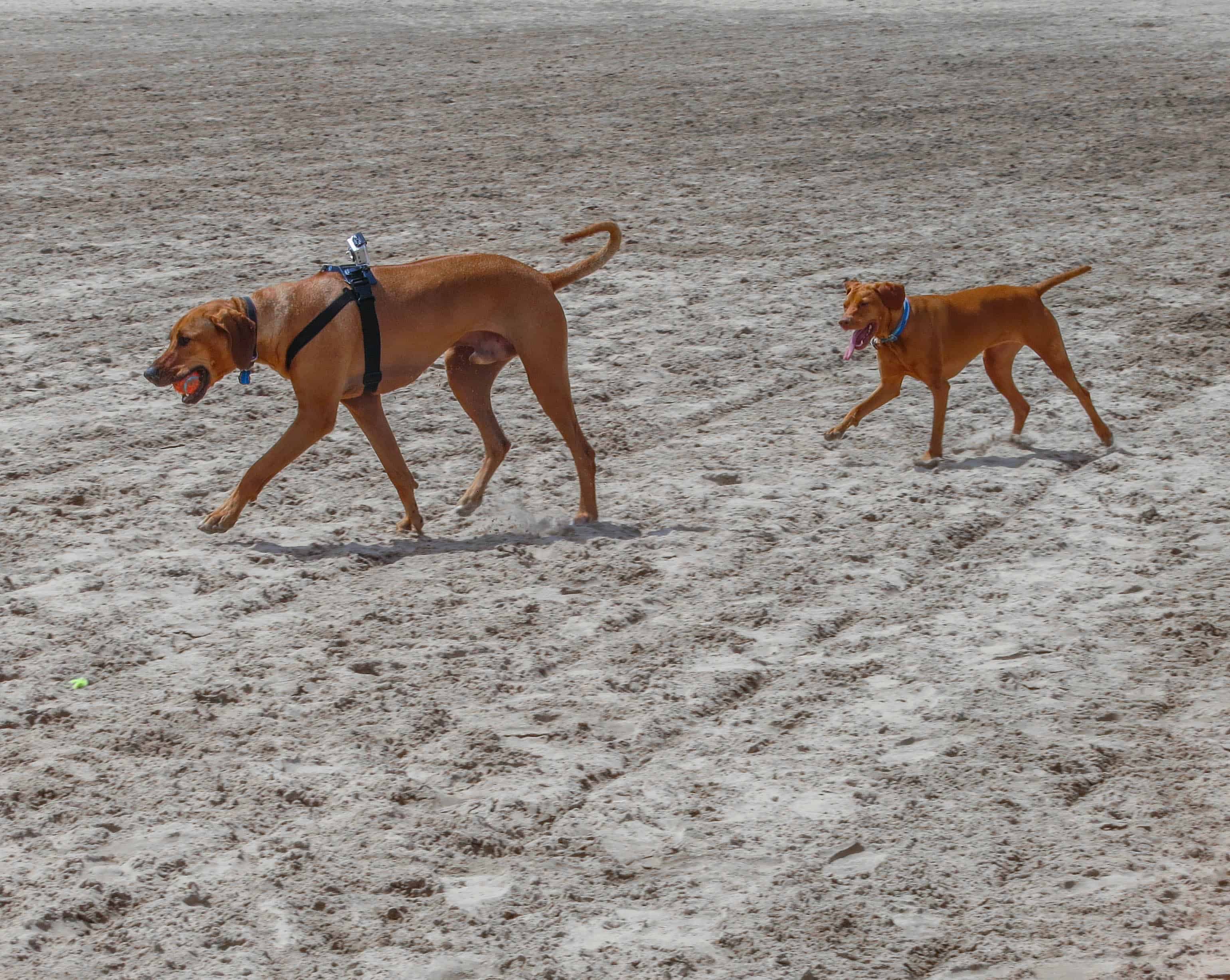 As usual, Eko got what he wanted by resorting to thievery! 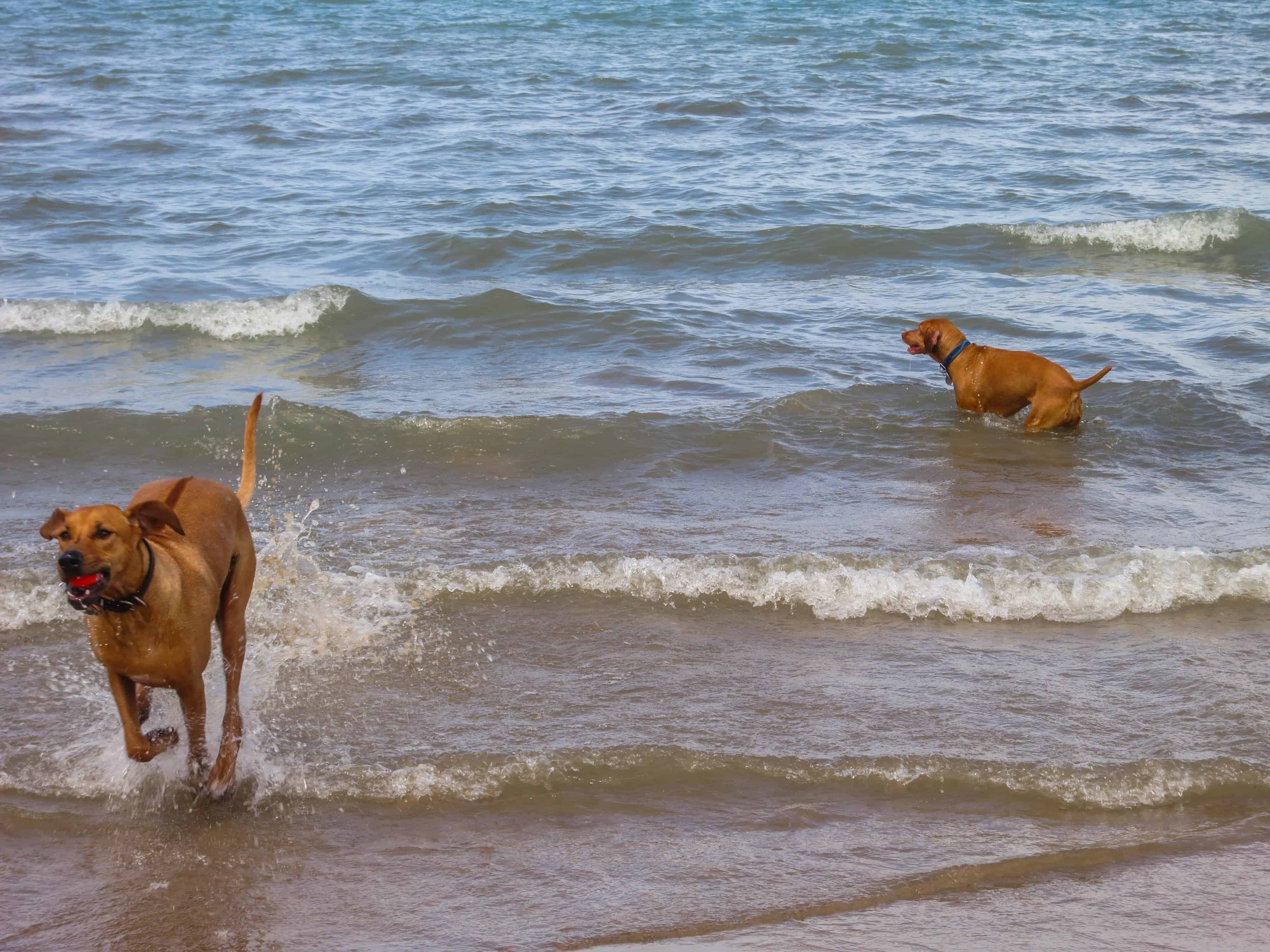 On land or at sea, The Windy City Bandit will steal your fetch ball to ensure a good chase 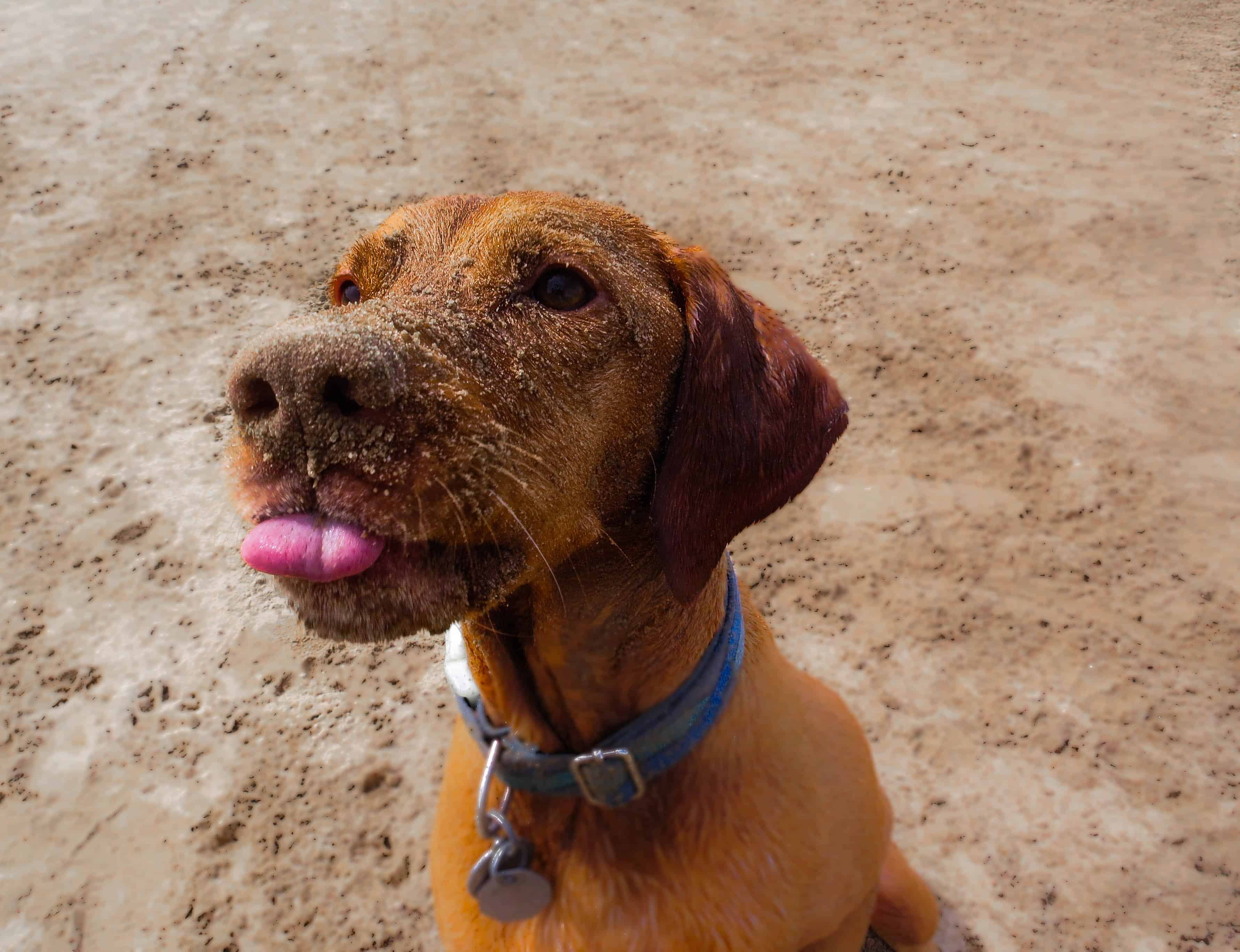 After an hour of chasing Eko up and down the beach to get her ball back Riley had accumulated her own body weight in sand.  The sure sign of a good time! 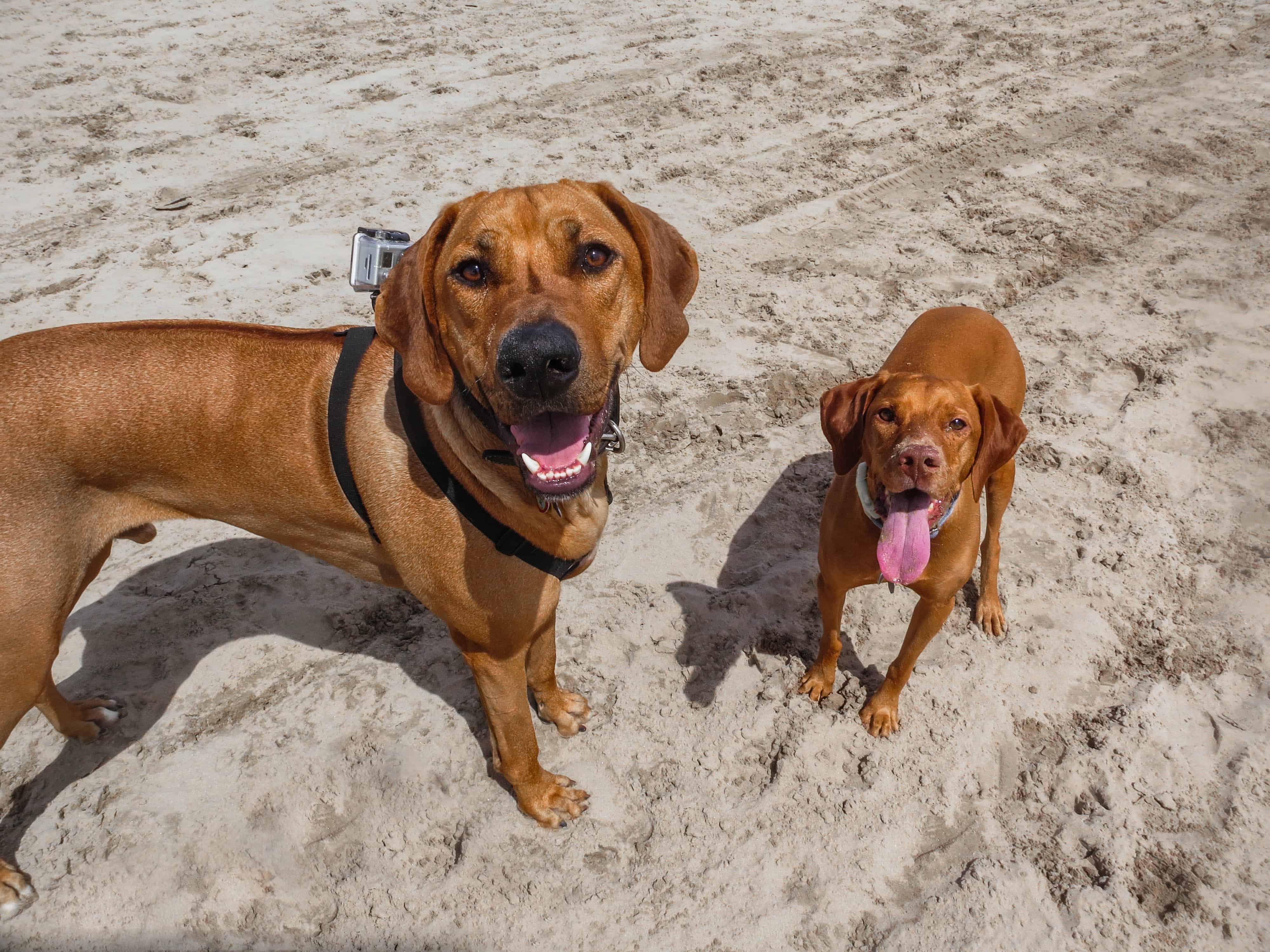 Smiles all around for the new old friends!  (Hopefully the Ekocam got some good footage)

It was great to see Eko and Riley reunite.  I’m sure the two of them will have a blast together all summer.  Does your pet have a best pet-friend?

Previous Post My Favorite Quotations About Dogs Back to all posts Next Post Learning To Fly: Day 1